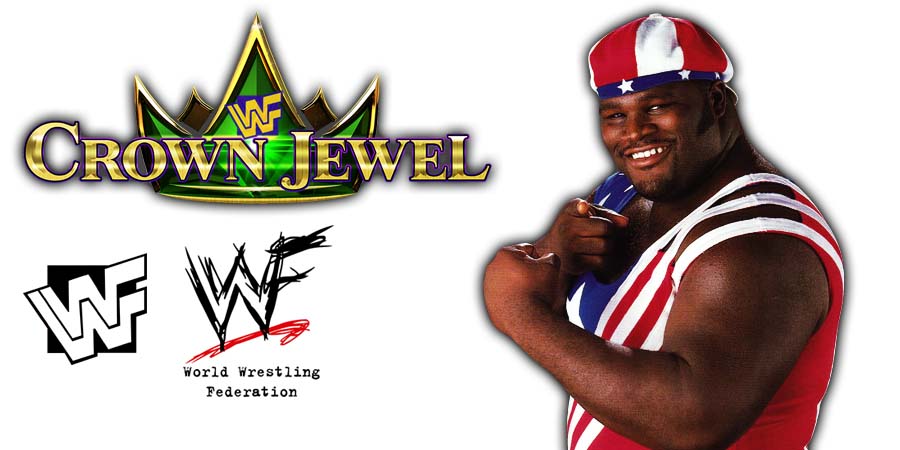 Since his debut in 1958, Gene wrestled for various different territories, but most Old School fans remember him for teaming up with kayfabe brother Lars Anderson and later Ole Anderson (another kayfabe brother) as ‘The Minnesota Wrecking Crew’.

On the current situation with Saudi Arabia:

Doing your job and then letting the companies be the ones to work out all of those international particulars. So basically, I’m not saying shut up and dribble, like some people would, like somebody told me on social media – ‘That’s what you’re saying, shut up and dribble!’ No, I’m anti-that. What I’m saying is, we do our jobs until we know different and we don’t know different yet.”

“I wouldn’t never say that person is making the wrong decision. I would say that’s not the decision I would make. I would stand by my guns and do what’s best for business.

I’m a firm believer in not leaving people out to dry, and I’ve done a lot of things in my career and in my life, my personal life, where I could say I’m not doing that. But there were people hanging in the balance and I didn’t want to screw those people over.

So that’s the situation that this is in, our fans, they want to see you. You know, give our fans what they want.”

On people saying WWE shouldn’t do business with Saudi Arabia:

“My response is, it’s a horrible thing. That person that lost his life, that family is without a brother, without a dad, without a son. They’ve lost somebody. Any time there’s loss, it’s more serious and we’ve been… it’s not a war situation, he was a journalist.

And I do believe that all of the ducks need to be in a row. They need to figure this out, they need to own it and apologize for it, and to make good by it, and do everything you can to fix the situation.