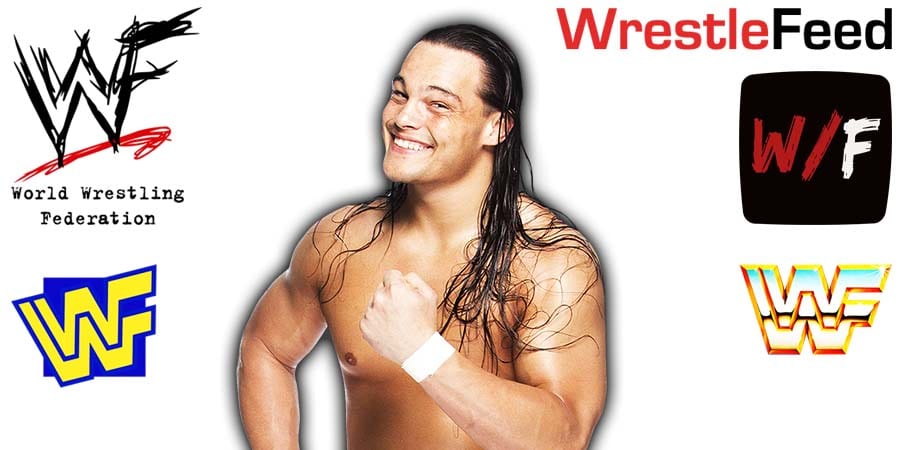 On an episode of his podcast, WWE Hall of Famer Arn Anderson talked about wanting to put Bo Dallas in the Wyatt Family with his real-life brother, Bray Wyatt.

Here’s what Arn had to say about a storyline that he pitched that involved them teaming up:

“Let’s just say, and at that time, I pitched a deal where you brought him in with the Wyatts, and you told him who he was.

He was Bray Wyatt’s brother, and he was Mike Rotunda’s son, and you know, do a deal where, let’s just say that Mike came down during one of the Wyatt’s matches in his capacity as a producer, was trying to break up a fight that let’s just say, Big Red and Brodie Lee, they dropped Mike and for the first time you had Bray Wyatt, you know, who, other than joining in on what was going in with the other two Wyatts, he pulled them off and said, ‘Not him, not him’.

Now you’ve found out that he is the son of Mike Rotunda because I don’t think that it was 100% that everybody knew that.

Now you have the Wyatts back off, and Bo introduced like the babyface other brother, who he really is.

You put him there with that group, and you’ve got all these monsters with these foot-long beards, and there you’ve got this babyface who is Bray Wyatt’s legitimate brother, and you know, he’s standing over here, and it would just open up different avenues to give the kid a chance to get started and in the mix with top talent.

You could have went anywhere with that. Just as an example.

I know that’s long-winded, and it was just something that was pitched, but it would have given him a better launching pad than having him run around with a Bolieve sign.”

As of this writing, Bo Dallas is still an official WWE Superstar, though he hasn’t been used on TV or House Shows since asking for some time off (which was granted) in November 2019.

It was taped at the Selland Arena in Fresno, California and featured matches, interviews & storyline segments on the road to the ‘WWF No Way Out 2000’ PPV.

1. D’Lo Brown & The Godfather vs. The Dudley Boys