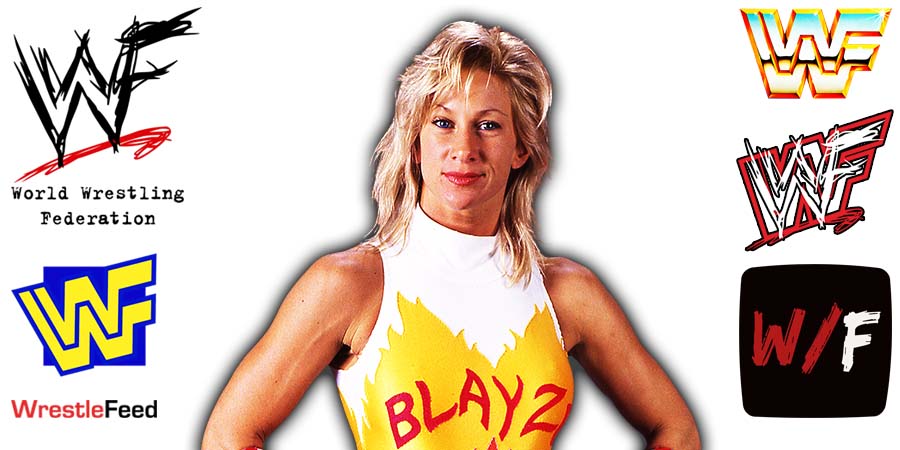 During a recent interview on Women’s Wrestling Talk, WWE Hall Of Famer Alundra Blayze (aka Madusa) talked about her tell-all book.

“And when I say a book about truth, it’s not a tattle tale book, so y’all can just come down now.

And trust me, I’ve received phone calls and warnings that if I mentioned their name, that they will sue me. I have received a death threat…And that’s what’s really sad.”

During this interview, she also said that she wants a retirement match:

“I feel that I deserve a retirement match. I don’t care if it’s 3 minutes, or if it’s an hour long. I deserve one. And every federation knows I have it out there.

Hello, Impact. Hello, AEW. Hello, WWE. Hello, NWA. Hello, ROH. Hello, Impact, whatever, right? And so, it’s out there. And I would definitely have a retirement match. And I would choose my opponent. And the opponent would have to be someone that could carry me.

And what I mean by that, is no disrespect to myself, is that if I were to forget something, and I need someone to take care of my body. Because I’m not 20 I mean, you have to be real, you know, I’m much older than Trish and Lita. You know, I could be both of your mother you know.

Yeah, you’d have to be somebody that would take care of me in the match. And of course, likewise.”

Also Read: “This is nothing against Trish or Lita” – Alundra Blayze On Not Getting Recognized For Paving The Way For Women