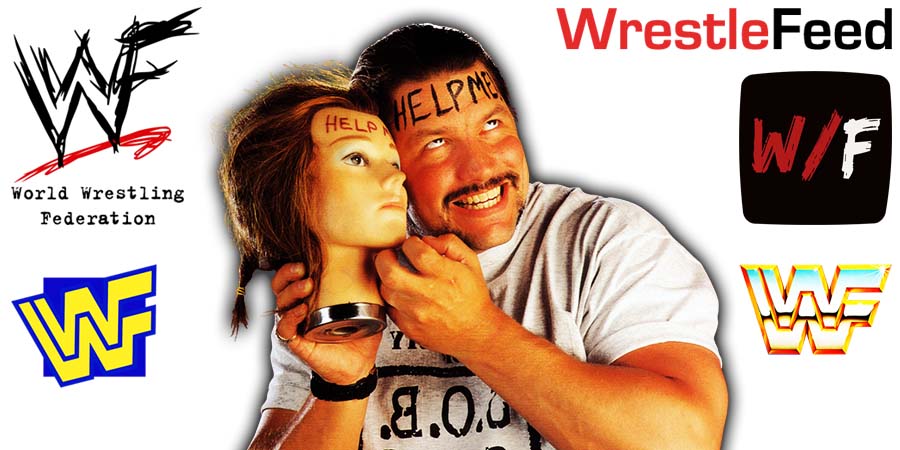 • WWE Hall Of Famer Says Al Snow Is On TRT

WWE Hall of Famer Kurt Angle recently noted on Twitter that he has begun training hard in the gym again and looks great.

“Damn it feels good to be able to train hard again…..feeling like I’m in my 30s

So fans, Kurt Angle at age 51 has turned his physique completely around. With hard work, eating the right amount of protein, and taking plenty of roids, he has literally transformed himself into another person.

I say congratulations to Kurt as I have always liked this man from the first day I met him. Very respectful to me and was and I am sure, still a class act.

His quote that went along with this great bodybuilding shot was, ‘Damn it feels good to be able to train hard again… feeling like I’m in my 30’s.’

Again, congratulations on having the guts to train hard. Even with the juice if you don’t train you can’t look like Kurt does here. Way to go brother !!!!”

It looks like Graham is facing some trouble because of his claim from Angle’s lawyer. Here’s what he posted about it on Facebook:

Hi fans, I hope Mark Radich is not a lawyer and going to sue me !!!

But that is part of what this gentleman said about me for me stating that I thought Kurt Angle was taking steroids to make such a drastic transformation in his physique at age 51.

A little more of Mark’s response is as follows, ‘With all due respect Billy, you don’t have any proof that Kurt is doing steroids and that is a defamation of character.’

Mark my man, I do have proof and will share it with you and the rest of my Facebook fans in a moment. But first let me say that you sir are a very loyal fan of Kurt Angle and we wrestlers need more loyal fans like you. I personally want to congratulate you on your defense of Kurt.

Believe me my friend when I say that I would love to have more faithful fans just like you who would make a stand on my behalf. As I have been called every foul name under the sun for just expressing my views. So be proud of yourself for making a stand on the positive legacy of an amazing athlete and a class act guy who has treated me with nothing but respect the few times I have had the privilege of being backstage with him. You are a fine young man Mark, for watching Kurt’s back !!!!

Actually, I should have not used that dreaded word ‘steroids’ when describing Kurt’s physical transformation. But rather used the term ‘Testosterone Replacement Therapy’ or TRT.

As most of you fans know, as a man ages he gets fatigued easily, has a reduction in energy, diminished physical performance and reduced motivation and gains in depression among other declining health issues.

So, medical science came up with the smart idea of putting aging men on a regiment of testosterone to enhance their quality of life. The Mayo Clinic here in Phoenix started me on TRT just one year after my liver transplant in 2002. And I will be on it for the remainder of my days on this earth.

The Mayo studies and other health groups have calculated that prescriptions in recent years have tripled. The last time I checked, about 5 years ago, there were about 11 million men in the US taking TRT. Triple that figure and you have well over 30 million men in our country taking TRT.

Why do these men take TRT? Just a few reasons and we can see them in the photo of Kurt looking ripped in his home gym, is #1. Improved lean muscle mass and strength. #2. Increased bone density. #3. Better cognition and memory. #4. And the two big ones, enhanced mood and a sense of well-being and what every man that I know doesn’t mind, increased $EX drive !!!

These are just some of the reason this testosterone hormone replacement therapy is on the rise and is a must for men who on average start losing testosterone at about age 35 and some as early as age 30 at about 1% per year.

So, the quote from Kurt Angle himself proves he is on some amount of TRT. He said, ‘Damn it feels good to be able to train hard again….feeling like I am in my 30’s !!!!’

So my good Facebook friend I have presented my proof, right out of the mouth of Kurt Angle himself at age 51. And note that clinched fist and that look in his eyes dead into the camera….he is telling us that I am a new man thanks to dieting, hard workouts, and oh yes it’s true, ‘TRT’.

I hope I have shared my proof that Kurt is doing the right thing.

Stay safe out there fans. Superstar B. G”

To provide more proof regarding the benefits of TRT, Graham made a post on WWF Veteran Al Snow:

“Thanks for all of the positive responses about TRT. This great shot of Al Snow at age 57 proves the benefits of medical science. I only met Al one time or 2. A nice guy with a funny gimmick.

I would encourage anyone getting up there in age to go on TRT, it certainly improves the quality of your life as you age. I know it has improved the quality of my life especially with all of my medical issues.

– The Headbangers vs. Kaientai