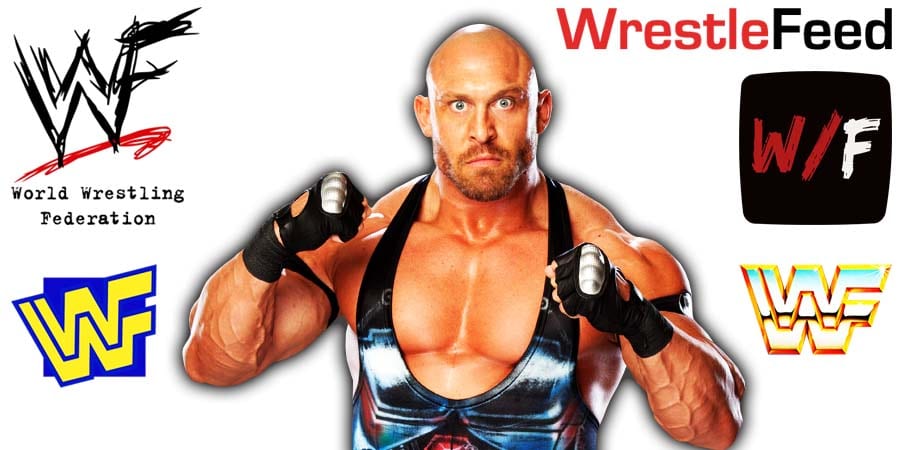 • WWE Hall Of Famer Tells Ryback To Stop Crying & Do Something

“Vince McMahon like most promoters has an insatiable urge to have control.

He had no control watching his mom get beat up as a child, which is a horrendous thing for a kid to witness, as their wh*re mom tries to make ends meet.

“It’s so crazy how many people are ok with a psycho billionaire toying with innocent people’s lives and wh*ring out a human circus, but can’t stand the actual truth of that man’s psychological weakness.

48 Laws of Power. Your clock is ticking old man. You take nothing with you. 😉 “

“This can’t be debated and is a fact. This man has killed more wrestlers than anyone and continues to as he approaches his end.

His mother was a nice and sweet woman, but I will speak the truth as this living demon continues to try and hurt me and my brand. #Ryback TM”

A fan replied the following:

“It’s not too late to apologize, and state you went over the line. It would be mighty big guy of you.”

“100% No. I stand by what I said and appreciate all the love and support from those who side with good over evil.

I simply am speaking the truth on why he is the way he is and it needs to be known. Stop supporting evil. 💪 “

During a recent episode of his podcast, 2-time WWE Hall Of Famer Booker T discussed this whole situation.

On questioning what Ryback has done since his WWE release apart from crying:

“When you’re talking about somebody that you don’t know, that right there for me is taking it to another level [saying] something just personally just outright stupid, nasty, however you want to call it.

My thing is too [he’s] looking for somebody to blame. Okay, I have no problem or personal issues with Ryback or anything like that but I’m not someone that hides up under a rock or anything or that’s afraid to tackle a situation like this one right here.

Did he do anything on the independent scene or anywhere relevant enough to where he should have been treated any differently than anybody else that came through WWE’s program? I mean, me personally, I don’t know anywhere that he’s been.

As well as after WWE, where has Ryback gone and done something anywhere else to where he’s been relevant enough to where we could say ‘Ryback, man he should have been a big star man, maybe they should have gave him a bigger chance.’

A lot of these guys like Drew McIntyre have fell down and picked themselves up and went out there and reinvented themselves because at that point in time, it didn’t work out. But they didn’t go around crying forever about not making it in a company.

And me personally, that’s what I look at this as more than anything. Crying.

Go and make it somewhere in the business anywhere to where a company looks at you and says, ‘Man, this is the guy that we want to push’ other than crying about WWE.

If I cried about going to prison every 5 minutes and how the system didn’t give me a chance. Man, I can only imagine where I would be at. I mean, that’s just so much wasted time this guy is putting himself through. It’s amazing. You know what I mean?

Like I said, go and do something somewhere and then someone might second guess and say maybe they did the wrong thing by letting this guy go. Then again, going out and talking about this company, it’s gonna be hard for any other companies to want to even deal with you because they may think, ‘Man, this guy may do the same thing about us if we happen to let him go.’ So it’s just like, someone cutting his nose off to spite his face. It makes no sense as far as I’m concerned.”

“Deleting it says a whole lot about you. You should have left it up if that’s the way you really felt.

But you’re gonna have to perhaps get a job one day and somebody may just happen to read that tweet about you talking about someone’s mother, who you have never met before or had any interactions with before in your life, but you have formed an opinion about her in the most negative way.

Do we want to have anything to do with a person like that? That’s the question he’s going to be dealing with for the rest of his life. Whenever he goes anywhere, to do anything with anybody. And that’s just fact.”

On Ryback legally changing his name from Ryan Reeves to Ryback:

“Why would he even want to have any memory of WWE and want to carry a name like Ryback if you feel so negative about what this company has done to you. That right there says a whole lot as far as I’m concerned.

Me personally, I don’t have a whole lot of respect for someone like that, you know, me personally.

But a person that says something like that, I just do not have a whole lot of respect for him. The thing is, if I saw him in his face, I’ll tell him, ‘I don’t have a lot of respect for you at all, if any.’ Seriously, that’s just the type of person I am.

I do know if I ever was to run across Ryback ever again in any form, he would not be receiving a handshake from me and me saying, ‘Hey, what’s up Ryback.’ Ryback is on the list as far as I’m concerned.”