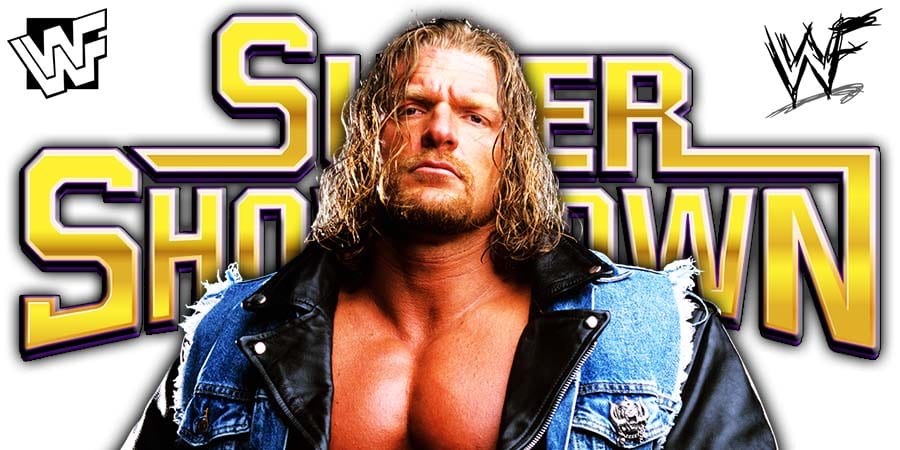 During a recent episode of his Hall of Fame podcast, two time WWE Hall of Famer Booker T talked about losing to Triple H in a World Heavyweight Championship match at WrestleMania 19 back in 2003.

Booker T went on to say that he wants another match against The Game, where he wants to defeat him and right the wrong.

However, he wants that match to happen at one of WWE’s pay-per-views in Saudi Arabia, where Legends get paid millions of dollars for a single match!

“If Booker T vs. Triple H went down, it would have to be in Saudi [Arabia] because [WWE] are passing out big checks.

For me to get in the ring, the situation would have to be right. I would want to get paid. Somebody might say I’ve wrestled at my place, and yeah that’s my place and my job to teach my students and show them how it’s done sometimes.

But yeah I would love to have another match, situations right, with Triple H.

The thing about that match [at WrestleMania 19], of course the ending wasn’t what the majority of the fans that night were wanting. So many people wanted me to win that night, I remember a couple of the office guys said, ‘Book you should have won tonight.’ Well, you wrote it. You had a piece of it, why didn’t you speak up?”

Triple H also noted in a tweet that Booker T looked ready for an in-ring return after his appearance at Royal Rumble:

“On the stage or from the top rope. Massive respect to @sanbenito for his performance at the #RoyalRumble and a shout-out to @BookerT5x for looking ready another in-ring run!!! #CanYouDigThat #BookerT @wwe”

On the stage or from the top rope. Massive respect to @sanbenito for his performance at the #RoyalRumble and a shout-out to @BookerT5x for looking ready another in-ring run!!! #CanYouDigThat #BookerT @wwe pic.twitter.com/OhTvc5fm1l