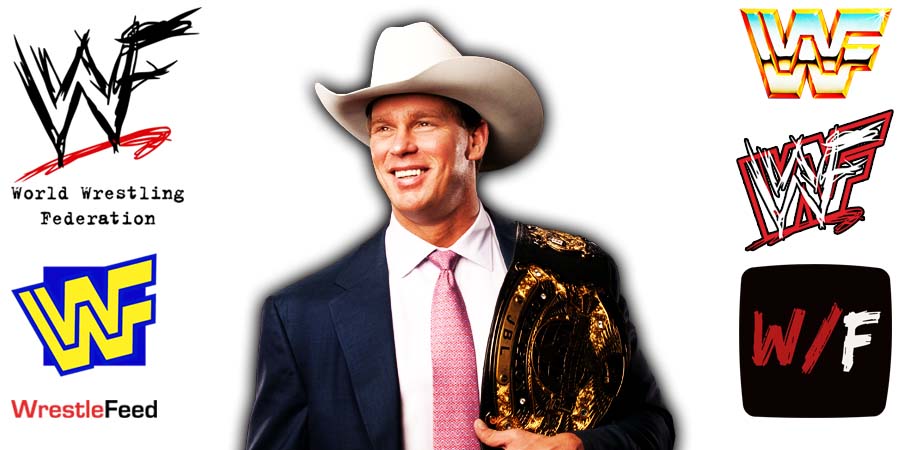 During a recent edition of Stories with Brisco and Bradshaw, WWE Hall of Famers Bubba Ray Dudley, JBL and Gerald Brisco discussed the heels of the current generation.

You can read their discussion below:

Bubba: The one kid that sticks out to me right now is MJF in AEW. I think he’s doing a fantastic job.

JBL: They want to play a heel on television and talk about being a heel. They don’t want to walk through the airport and be called names. Or have people put up their phones and say, ‘You know, you’re really an a$$hole, you’re a bad person’.

It was pre-taped at the Joe Louis Arena in Detroit, Michigan and featured matches, interviews & storyline segments on the road to the ‘WWF In Your House 25: Judgment Day’ PPV.

– Too Much vs. The Hardy Boyz