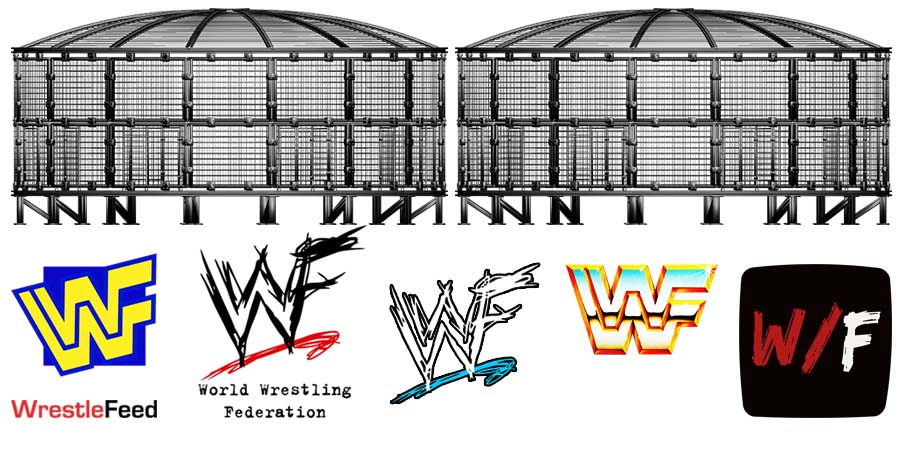 The two biggest matches on the card, which will decide the fate of one of the main events of WrestleMania 38, are Roman Reigns vs. Goldberg for the Universal Championship and the Elimination Chamber match for the WWE Championship.

According to the Wrestling Observer, WWE is planning twists and turns for this event:

“I was told twists and turns are coming on this show, so I don’t know what those would be. I know that there was a push to do Title vs. Title, which means Brock wins the Chamber and Roman beats Goldberg. I think most people kind of are expecting that.

For Brock to lose in the Chamber match, I mean, I don’t know how you beat him, because again, it’s like, they haven’t done a lot of interference in Chamber matches. I suppose you can do it this time, but it would have to take that.

I don’t see, like, someone scoring a fall on Brock Lesnar. It makes no sense at all to do that building up Mania because the whole idea of Mania has been to maximize Reigns and maximize Lesnar and make them the two biggest stars and protect them completely.

Granted, Lesnar did lose to Bobby Lashley, but that was Roman’s doing. It was very clear watching the match that that was the situation, but they could get the revenge back.”

Roman Reigns vs. Brock Lesnar for the Universal Championship is the currently scheduled main event of Night 2 of WrestleMania 38.

If Reigns retains this Saturday and Lesnar wins the WWE Title again, then both the Titles will be on the line at the Show of Shows, something that WWE teased in January.