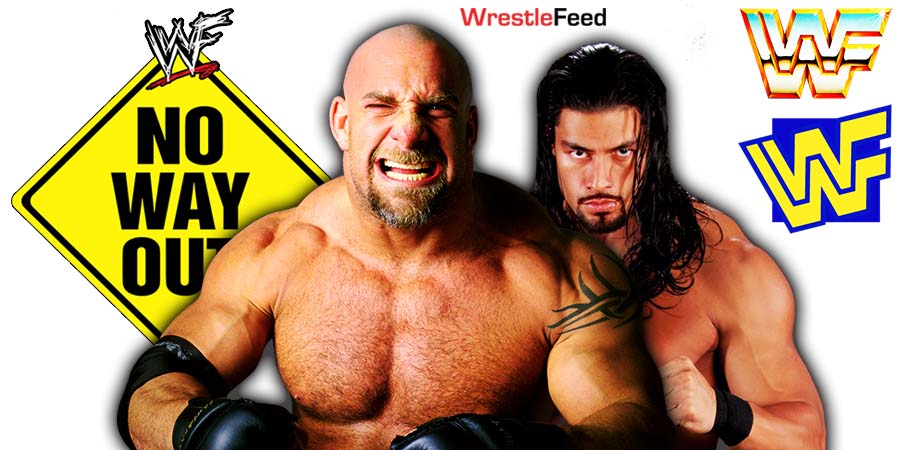 • “Possibly my final mission in the wrestling world” – Goldberg

On Saturday, WWE Hall Of Famer Goldberg will challenge Roman Reigns for the Universal Championship.

This match was originally scheduled to happen two years ago at WrestleMania 36.

Goldberg has arrived in Saudi Arabia for Elimination Chamber 2022 and was the first man to hit the gym right after his 13 hour flight.

This is going to be the final match of his current WWE contract. After this, he’s going to get a shoulder surgery.

It is possible that this match with Reigns could turn out to be the final match of the 55-year-old Legend’s career, if WWE doesn’t offer him another wrestling contract.

Goldberg posted a video talking about his possible final visit in Saudi Arabia and wrote the following:

“Possibly my final mission in the wrestling world. As you can tell I’m quite weary from the long flight as I stated that we are in Riyadh when in fact we are in Jeddah 😂 😤

Kind of a bittersweet trip as it may be my last here as a performer. Hopefully my hard work pays off leaving Roman helpless in the middle of the ring as I walk out with his #universalchampionship

Whatever happens he’s going to know that getting in the ring with me was a bad decision on his part. That is all.

Also Read: “Roman Reigns actually wants to steal it from me” – Goldberg On Passing The Torch

4. Tito Santana vs. The Brooklyn Brawler