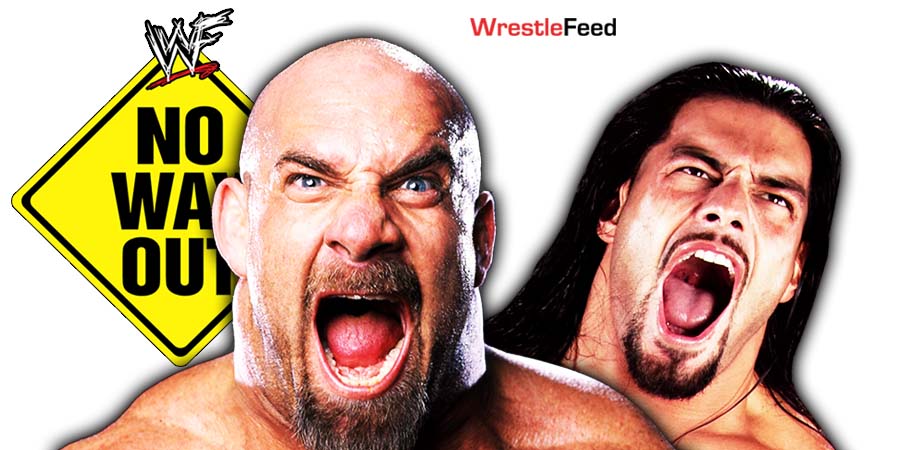 “The Tribal Chief” Roman Reigns is scheduled to defend his Universal Championship against WWE Hall Of Famer Goldberg this Saturday at the Elimination Chamber 2022 premium live event in Saudi Arabia.

There’s a rumor going on that Reigns has canceled his flight to Saudi due to a backstage disagreement with the WWE writers about his match, which has resulted in him refusing to work the upcoming major event.

However, we can confirm that this rumor is absolutely false. Reigns and Goldberg have already arrived in Saudi Arabia.

The long-awaited “Spear vs. Spear” match between them will finally happen in a couple of days.

Both men will come face-to-face for a promo segment on this Friday’s SmackDown, which was taped last Friday.

– The Barber Shop With Brutus Beefcake: Sid Justice Is His Guest

– The Warlord vs. Hercules

– The Big Boss Man vs. The Berzerker

– The Undertaker vs. Ed Robinson