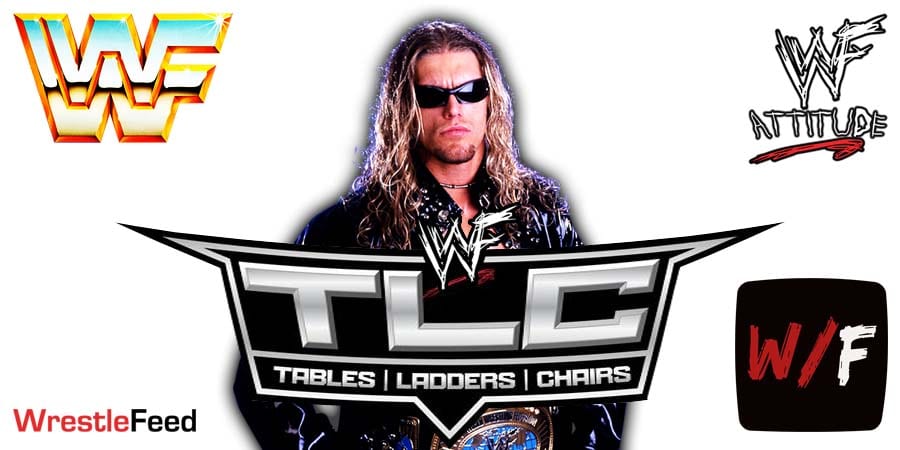 TLC matches have given fans some of the most brutal and entertaining moments in pro wrestling history, and a lot of credit for it goes to WWE Hall Of Famer Edge, who was a part of the first ever TLC match.

However, The Rated-R Superstar can no longer compete under that stipulation due to his neck injury. Although he’s been cleared to wrestle in the ring, he probably won’t take part in matches that can be too risky for him.

Edge recently took to Instagram to recall the last TLC match he competed in, where he won the World Heavyweight Championship by defeating Kane, Rey Mysterio and Alberto Del Rio.

He went on to say that it will be the last TLC match of his career, as he doesn’t plan to participate in any more of them during his current WWE run.

“Happy #tlc day. This is a throwback to the last one I competed in. And let’s be honest, the last one I’ll ever compete in. But it ended well with my 10th World Championship.

If you had told any of the 6 of us, you know who the other 5 are, that there would be a ppv devoted to a match that our Dr.Frankenstein brains put together, no way we’d believe you. But here we are. To all the talent performing tonight, blow the doors off, and be careful.”