• WWE Makes A Change To The Crown Jewel Set

During the 2018 & 2019 Crown Jewel PPVs in Saudi Arabia, WWE had a crown-shaped screen on the stage. 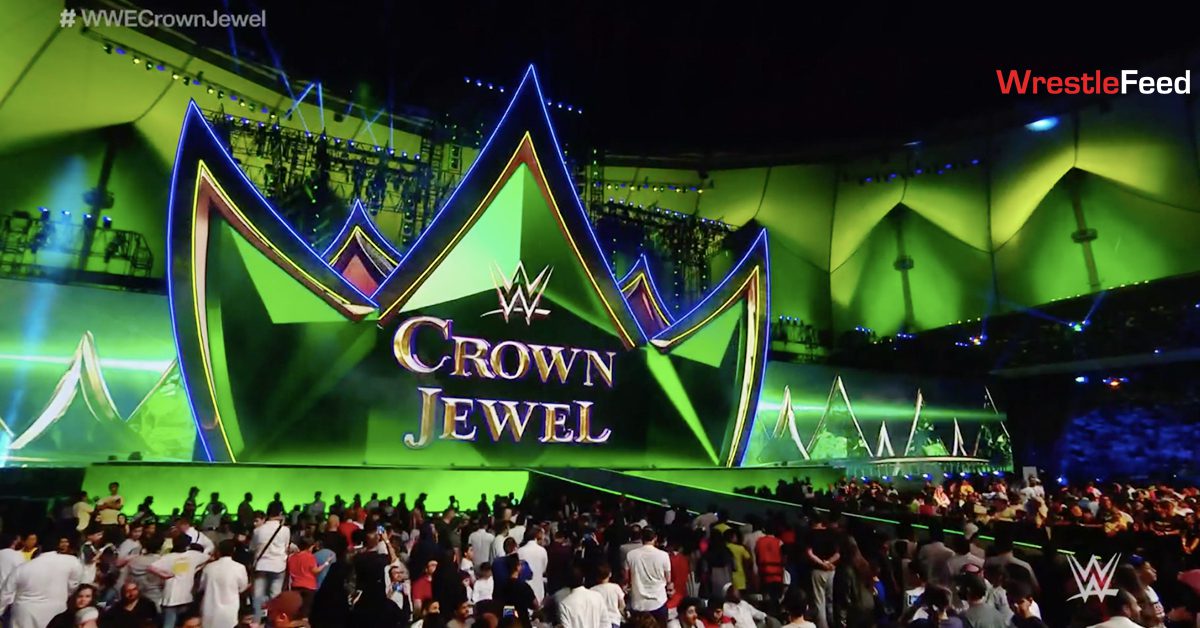 However, it looks like WWE isn’t using this set for this Thursday’s Crown Jewel PPV.

A video of the Crown Jewel set being constructed has surfaced online, and the crown-shaped screen isn’t set up.

As seen in the video above, the usual RAW-SmackDown screen is used on the stage.

Below is the match-card for Crown Jewel 2021:

On this day in Pro Wrestling history on October 19, 2003, World Wrestling Entertainment aired ‘WWE No Mercy 2003’ LIVE on PPV from the 1st Mariner Arena in Baltimore, Maryland.

The Basham Brothers defeated The APA