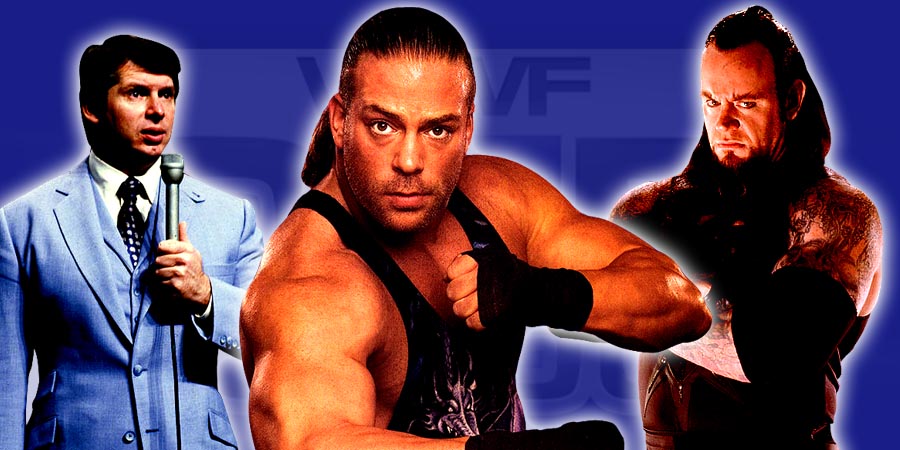 8. Rob Van Dam & His Wife Ending Their 17 Year Marriage
TMZ Sports is reporting that former WWE Champion Rob Van Dam & his wife are ending their 17 year marriage. Below is what TMZ posted:

“Rob Van Dam’s wife is tapping out of their marriage — filing divorce docs to end their 17-year union and asking the judge to restore her old name, TMZ Sports has learned.

Sonya Szatkowski filed court docs in L.A. citing irreconcilable differences. The two married in 1998 but Sonya claims they separated back in December. They have no minor children. Sonya is asking for spousal support and says Rob should have to pay her attorney’s fees. She’s also asking the judge to restore her name from Szatkowski to Delbeck.

We spoke with Sonya who tells us the two are still on relatively good terms — they’re still talking — but she just decided the marriage wasn’t working anymore. She added, “It’s a private time. It’s a hard thing for me to even talk about.”

It’s especially sad considering Rob and Sonya’s love story was pretty well known — Sonya often traveled with RVD during his wrestling career so she could be ringside for his matches.”

There’s a rumor going on that the WWE could be taking shots at The Young Bucks by making The Usos do a lot more Superkicks as of late on WWE programming.

The reason could be the Young Bucks refusing to sign with WWE in the past.