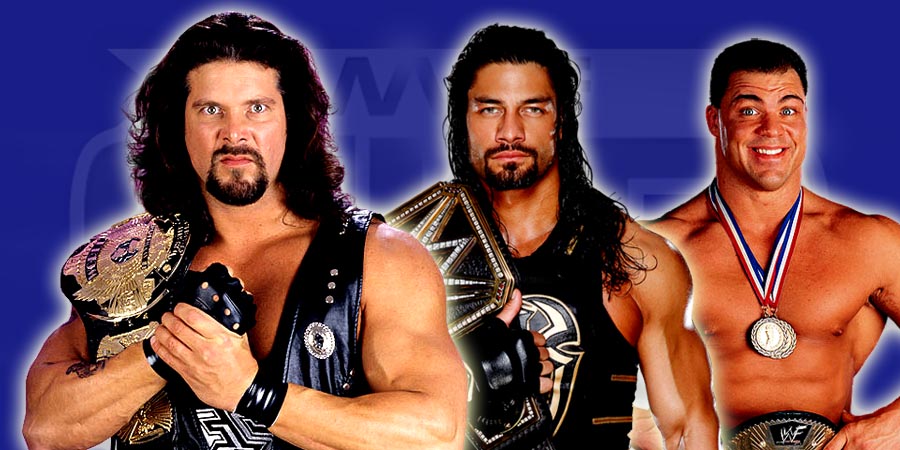 7. Big Cass’ Future As A Singles Wrestler
As we noted before, Vince McMahon is very high on Big Cass and there have been some discussions about giving him a singles push down the line. While Enzo Amore is scheduled to return pretty soon, and both him & Cass are gonna team up again, talks about Cass’ future as a singles competitor have already begun.

One idea discussed was brining Carmella to the WWE main roster and making her Big Cass’ valet.

Luke Gallows & Karl Anderson will make their WWE PPV match debut as a team this Sunday at Extreme Rules 2016, where they will face the former 2 time WWE Tag Team Champions, The Usos, in a Tag Team Tornado match.

The one convention that prevents tag team matches from erupting into utter bedlam — the requirement to tag one’s partner in or out of action — will not apply at Extreme Rules when Jimmy & Jey Uso face Karl Anderson & Luke Gallows in a rare Tag Team Tornado Match.

Per the rules of the match, all four Superstars will be allowed to compete in the ring at the same time, with the first fall deciding the victors. Given the promise of carnage, the bout is a fitting way to settle the increasingly volatile rivalry between the two teams.