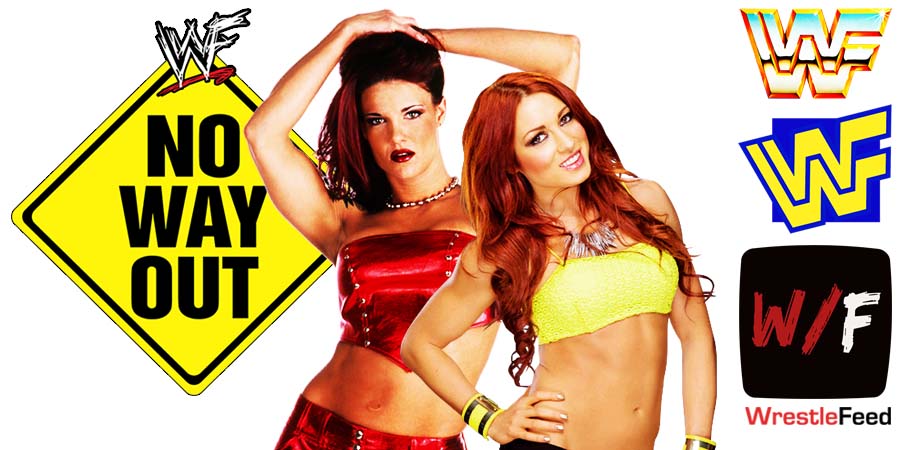 • WWE Officials Blown Away By Fan Reaction For Lita

Elimination Chamber 2022 took place in Saudi Arabia and was the final premium live event before WrestleMania 38.

PWInsider provided the following backstage notes about this event:

– WWE Officials were blown away by the reaction Lita got in Saudi Arabia. She lost to Becky Lynch in a RAW Women’s Championship match.

– During the starting part of the Elimination Chamber premium live event, a lot of seats were empty in the Jeddah Super Dome. This was because the fans arrived late at the event due to a traffic jam.

– The show was sold out. About 20,000 fans were in attendance, while maintaining Social Distancing due to local regulations.

– Madcap Moss was checked once again after his scary Elimination Chamber bump and he’s doing OK.

If you didn’t see this bump, you can check it out below:

– This event also featured Drew McIntyre’s first match since Day 1. He was also checked and his neck feels OK as well. Drew was facing some neck issues and returned within a month after hard rehab.

Also Read: Original Plan For The Finish Of The Women’s Elimination Chamber Match

On this day in Pro Wrestling history on February 21, 2010, World Wrestling Entertainment aired ‘WWE Elimination Chamber 2010’ LIVE on PPV from the KeyArena in Seattle, Washington.

2010 was the first year the annual February PPV (which used to be WWF/WWE No Way Out since 2000) was renamed after the popular match stipulation.