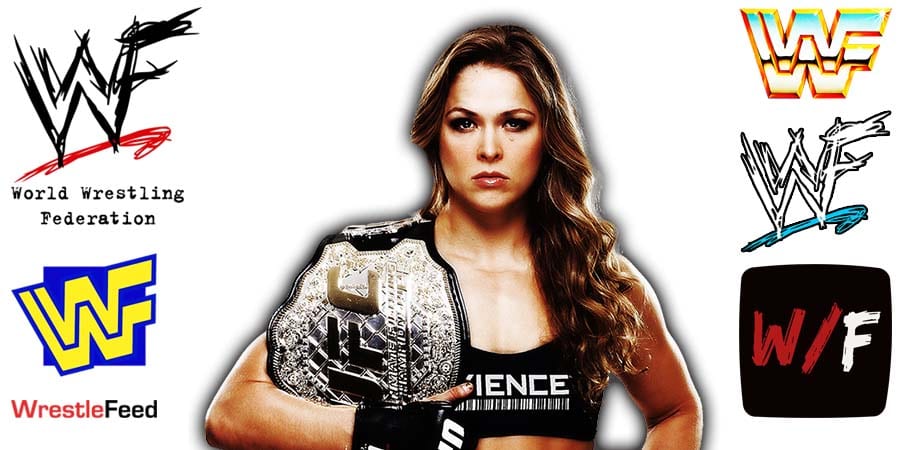 According to the Wrestling Observer, former RAW Women’s Champion Ronda Rousey is considered to be retired from professional wrestling.

While she’s seen as “essentially retired”, WWE Officials haven’t ruled out a one-off appearance from Rousey at a big show.

Rousey went on a hiatus from WWE after WrestleMania 35 in April 2019 because she wanted to start a family. She announced in April 2021 that she’s pregnant.

During her appearance on D-Von Dudley’s Table Talk podcast earlier this year, she talked about a possible WWE comeback and which female Superstars she would like to face.

On who she wants to wrestle if she returns: