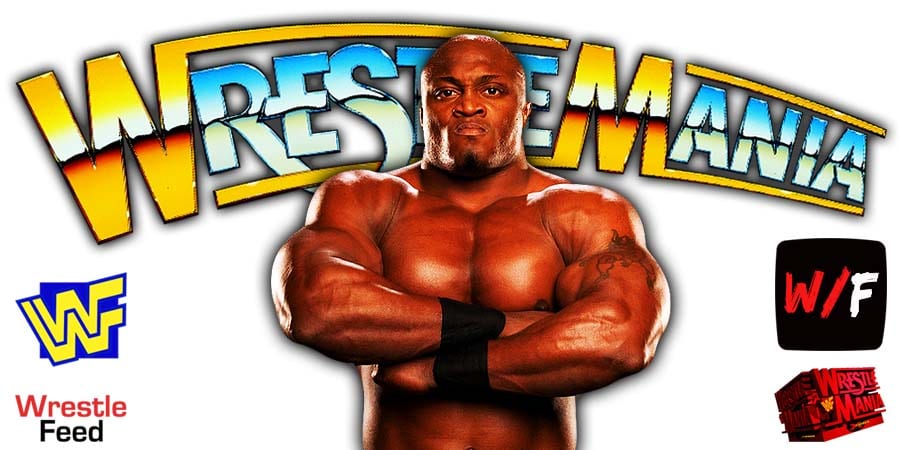 As we have noted before, WWE wants to use big names (special attractions) to fill out both nights with big matches and one of the names being discussed is Brock Lesnar.

WWFOldSchool.com has been told that if WWE officials go ahead with the decision of bringing back Brock Lesnar, then they don’t want to bring him back with a loss (which would most likely be the case if they plan to book a rematch with Drew McIntyre).

With that being said, there have been discussions of finally doing the long-awaited Brock Lesnar vs. Bobby Lashley “Dream Match”, especially since Lashley is having the hottest run of his career with the Hurt Business and as the United States Champion.

WWE even planted seeds for this mega match on this week’s RAW when the commentators said things like, “Bobby Lashley can beat anybody in a one on one match”, and, “Who can beat Lashley?”.

If you’ve watched WWE programming as of late, Lashley is being pushed as an unstoppable force, and it took 4 men to eliminate him from the Men’s Royal Rumble 2021.

WWE officials have noted backstage that they don’t want to miss out on this match, and they think right now is the perfect time to do it, especially given the fact that Lashley is 44 years old and Lesnar is 43. If they wait more for this match, then there’s a possibility that the match might not hold up to people’s expectations (physicality wise), as both men can go right now.

If WWE officials end up booking this match for WrestleMania 37, then there’s a chance that Lashley might lose the United States Title during his Triple Threat Match with Keith Lee and Riddle tonight at Elimination Chamber 2021 pay-per-view, as Lesnar vs. Lashley doesn’t need a mid-card title on the line.

• Old School WWF Veteran Would Have Celebrated Her Birthday

Most Old School Fans remember Bertha becoming the WWF Women’s Champion in 1995, while she was managed by Harvey Wippleman.

She wrestled all over the planet, including Japan, Puerto Rico & Canada, as well as joining Ted Turner’s World Championship Wrestling for a while from 1999 to 2000, where she was known as Rhonda Singh.