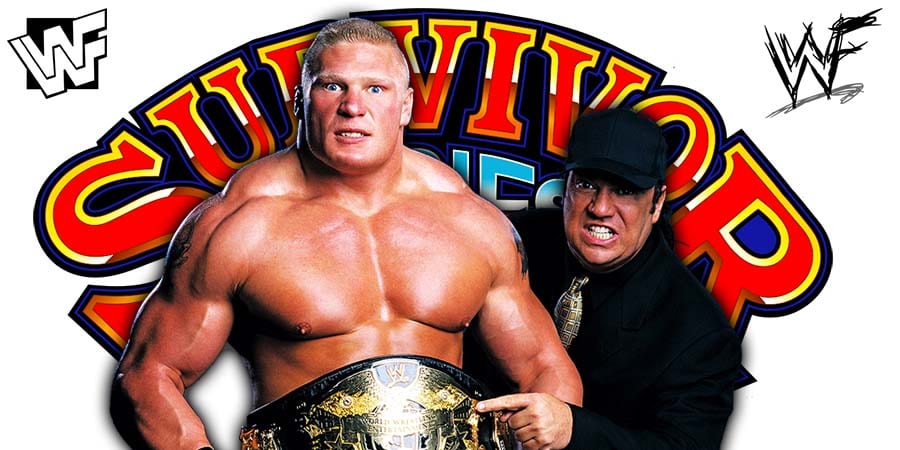 – The Rockers vs. Kato & The Brooklyn Brawler

– The Mountie vs. Burt Stiles

– The Barber Shop with Undertaker/Paul Bearer

At AEW Full Gear PPV, the AEW World Title match between Chris Jericho and Cody Rhodes ended when MJF threw in the towel on Cody’s behalf when Jericho had the Walls of Jericho locked in on Cody.

This resulted in Jericho winning the match and retaining the AEW World Championship.

At Survivor Series 2019, Dominick came to the ring with a towel during the WWE Championship match between Brock Lesnar and Rey Mysterio, but there was no towel finish, and the match had a proper finish with Lesnar pinning Mysterio after an F5.

WWE on FOX Twitter account, which is run by FOX officials, took the following shot at AEW:

Throwing in the towel? Not in @WWE. ??#SurvivorSeries pic.twitter.com/VYKDCdoQN1