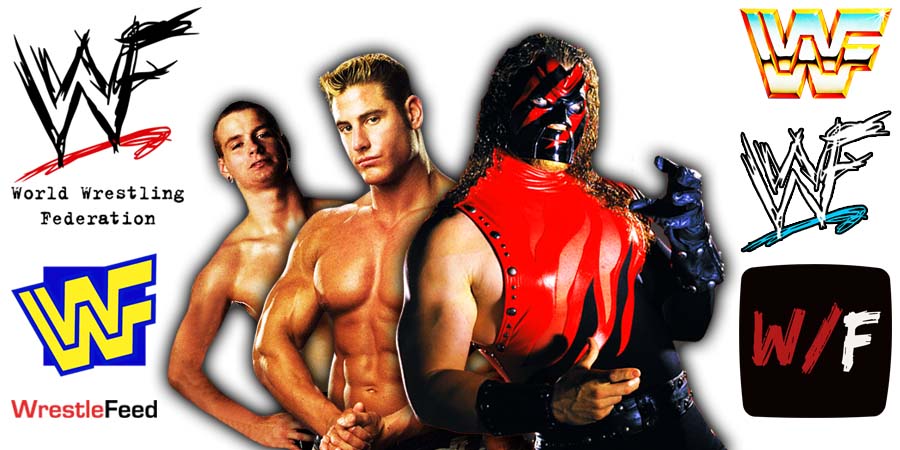 • WWE Once Punished Kane For Voicing His Opinion

Vince booked Brock Lesnar to destroy Zach during their match, right in front of Zach’s mother.

“What I had heard is that he was caught smoking cigarettes backstage.

If you’ve ever been backstage at a WWE show, Vince has ‘no smoking’ signs all over the building.

Remember that segment where Brock bashes his f**king brains in with that Steel Chair in front of his own mother? That was punishment right there.”

Dupree further revealed that WWE Hall Of Famer Kane was punished in a similar way as well:

Right after that he started that program with Shane (McMahon). Kane would come back (with) kendo stick marks, bruised, every single night, and they had to work the program for what was it? Like two months.”

Also Read: “The Kane thing came about when Vader got arrested” – Glenn Jacobs

This episode was pre-taped at the Stabler Arena in Bethlehem, Pennsylvania and featured matches, promos & storyline segments on the road to the ‘WWF WrestleMania X’ PPV.

– Men on a Mission vs. Todd Mata & Jim Massenger