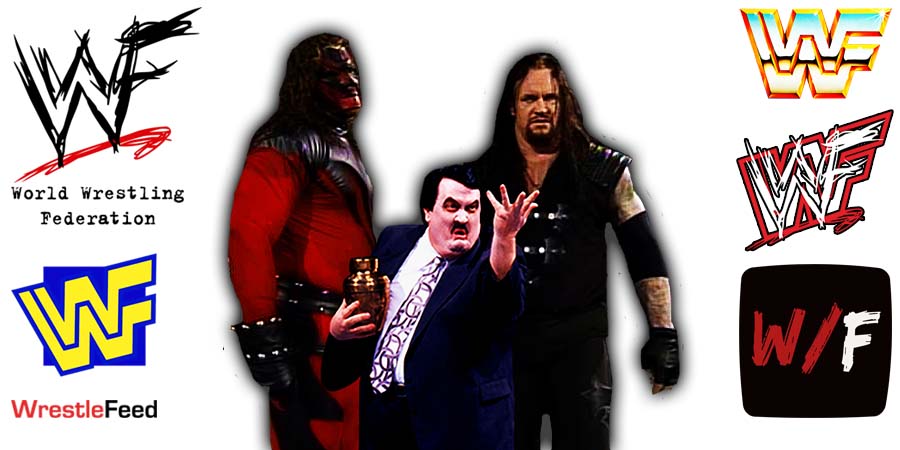 • “The Kane thing came about when Vader got arrested” – Glenn Jacobs

During a recent episode of the ‘Stories with Brisco and Bradshaw’ podcast, Old School WWF Legend Kane (real name: Glenn Jacobs) revealed to the hosts, JBL & Gerald Brisco, that he almost wasn’t named Kane during the 1997 storyline, that led to his In Your House 18 (Badd Blood) debut.

Initially, the character was going to be called Inferno. Bruce always liked the name Kane. I thought Inferno sounded very comic book characterish for where we were going with this, so we suggested the name Kane. Undertaker, when he initially came in was Kane the Undertaker, and then they dropped the Kane part and it became The Undertaker. Also with the biblical story of Kane and Abel, we thought that fit.”

She retired from in-ring competition in 2021, and had her retirement ceremony in Impact Wrestling.