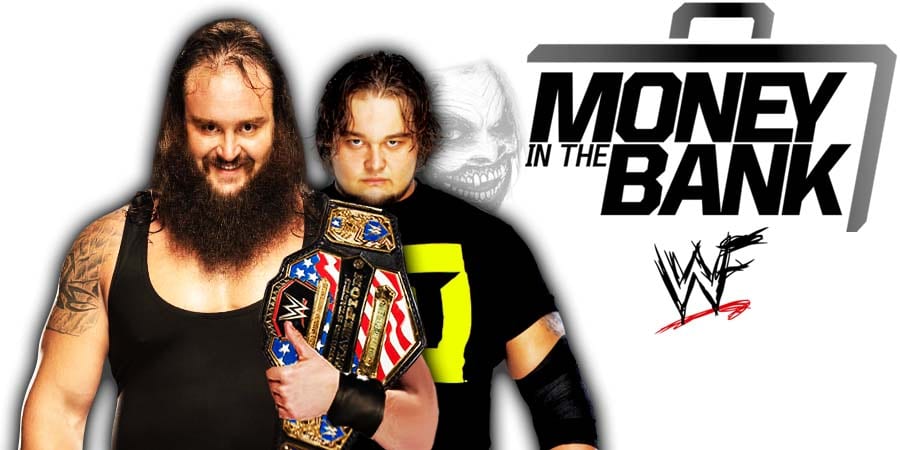 • WWE Planning Major Title Change At Money In The Bank 2020

Former Wyatt Family members, Braun Strowman and Bray Wyatt, are set to face off at next month’s Money In The Bank 2020 pay-per-view for the Universal Championship.

Wyatt challenged Strowman to a match on SmackDown after WrestleMania, which he accepted.

The Universal Champion is going to face the Firefly Fun House version of Bray Wyatt, instead of The Fiend. Due to this reason, many fans are expecting Strowman to go over at Money In The Bank 2020.

However, WWE might already be planning to take the Title off Strowman’s shoulder. According to Tom Colohue, WWE wants to make Wyatt the new Universal Champion at Money In The Bank.

The reason behind this move is that WWE doesn’t have any opponents for The Monster Among Men. The original plan for the summer was for Wyatt to feud with Roman Reigns, and WWE may consider putting the Title back on Wyatt until The Big Dog is back.