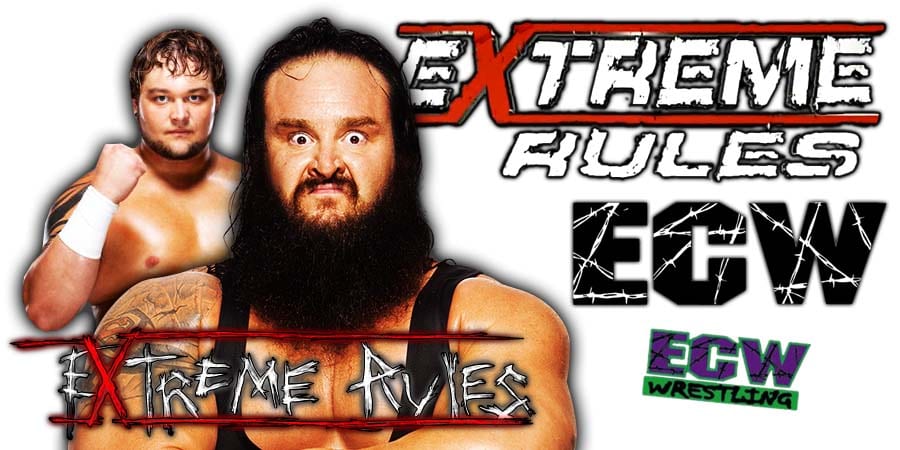 Universal Champion Braun Strowman and Bray Wyatt are set to face off in a non-title “Wyatt Swamp Fight” at Extreme Rules: The Horror Show next month.

WrestlingInc is reporting that WWE is planning a mixture of a Terminator film and a horror movie kind of bout between them.

They’ve been looking for a location where they can shoot the match. Bray Wyatt and Jeremy Borash are reportedly putting the match together.

The match is going to feature various spots from past and present storylines.