On this day in Pro Wrestling history on April 25, 1999, the World Wrestling Federation aired ‘Backlash: In Your House 28’ LIVE on PPV from the Providence Civic Center in Providence, Rhode Island.

NXT Tag Team Champions The War Raiders made their RAW debut last week during the Superstar Shake-Up and they were given the name of “The Viking Experience”.

However, WWE changed their name again on this week’s RAW and called them “The Viking Raiders”. Their finisher is now called The Viking Experience.

It looks like WWE might have changed their name once again as WWE mentioned them as “The Viking Warriors” during a recent WWE Fan Council survey.

WWE asked the fans who their favorite WWE Superstar/Team is and you can check out a screenshot of “The Viking Warriors” being mentioned below: 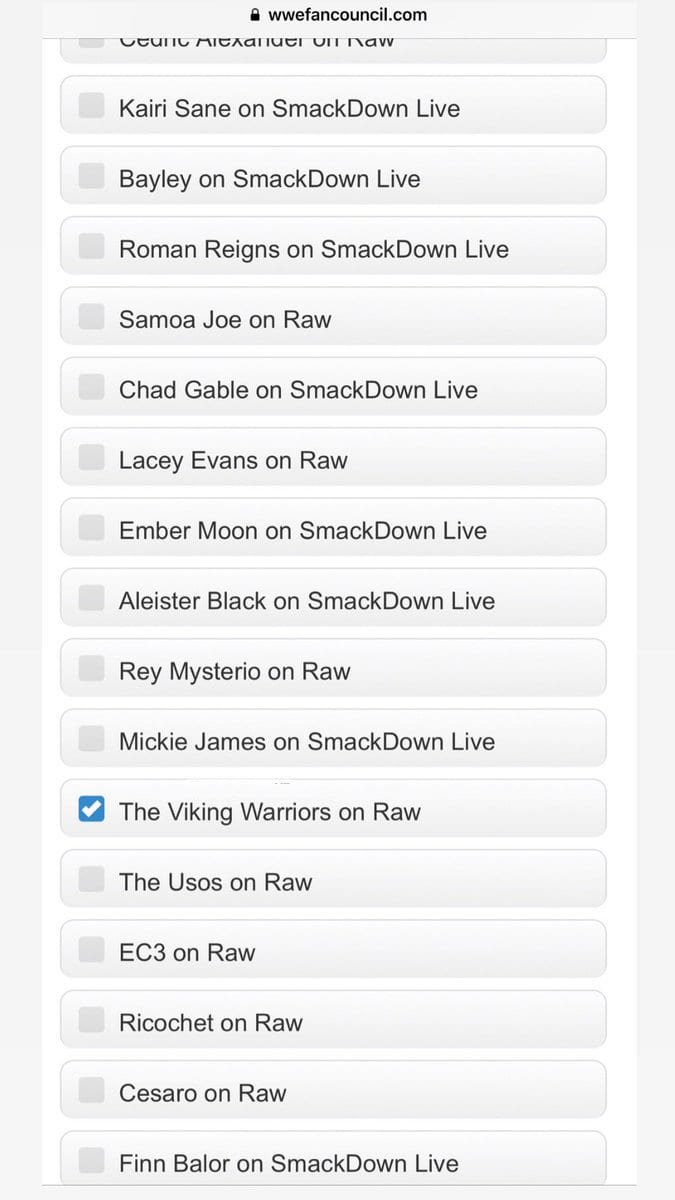 WATCH: Extra Close Up Footage Of Zelina Vega In A Hot Revealing Costume: