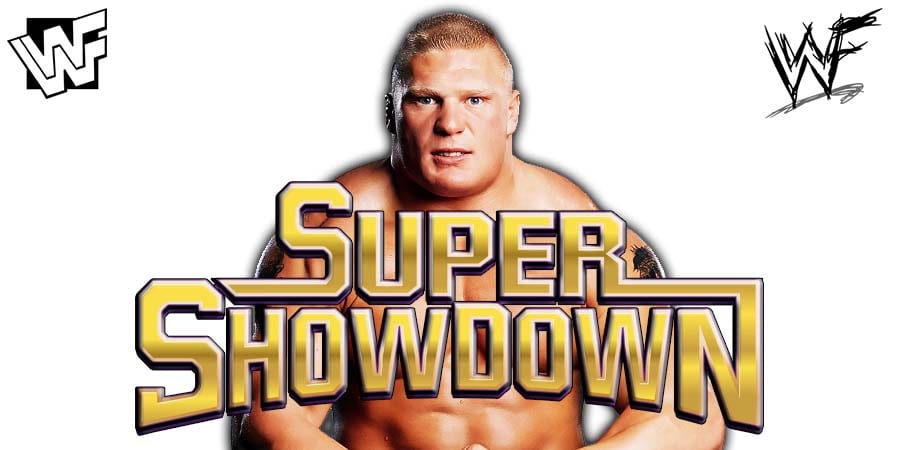 It was broadcasted from the Fleet Center in Boston, Massachusetts and featured matches, interviews & storyline segments on the road to the ‘WWF King of the Ring 1999’ PPV.

1. WWF World Tag Titles: The Acolytes vs. The Brood

7. WWF World Heavyweight Title: The Undertaker vs. The Big Show

According to a new report from WrestleVotes, it looks like Brock Lesnar isn’t going to become a champion after he cashes-in his Money In The Bank contract.

Lesnar is scheduled to cash-in his Money In The Bank contract today at WWE Super ShowDown, but that might not result in him becoming champion.

Below is what WrestleVotes is reporting:

“If this is true SMH:

I’ve been told they are legitimately about to waste another MITB winner. Plan is for Rollins v Corbin to open Super ShowDown. At some point Lesnar IS going to cash in. The match WILL count.

And it’s going to end in a DQ. Thus another wasted MITB. Unreal.

I’m assuming Brock cashes in after the conclusion of the Corbin matchup. This whole idea seems stupid, but I’ve been told it is the plan. LOL.”

It should be noted that Men’s Money In The Bank winners in 2017 & 2018 (Baron Corbin & Braun Strowman) failed to become champions after their cash-in.