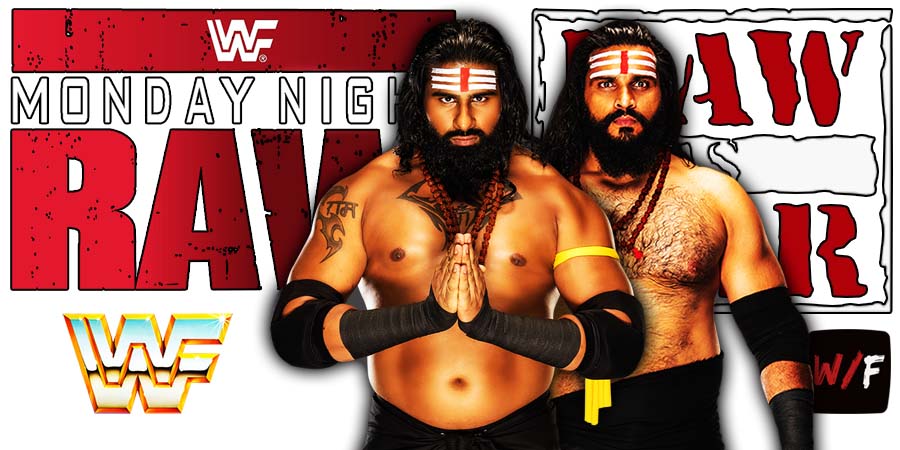 • WWE Puts Veer Mahaan In A Romantic Storyline On RAW

On last night’s RAW, Sarah Schreiber was getting ready to interview The Miz backstage and ask him about Logan Paul appearing on the show.

Veer Mahaan then showed up, stared at Sarah for several seconds, looked at the camera, smiled, said “Boo!” and laughed.

After this, The Miz suggested that Veer has a crush on Sarah.

The show was main evented by 2 Steel Cage matches, the first one was a Co-Main Event for the ECW World Tag Team Championship, while the last match of the evening featured WWF Superstar Jerry “The King” Lawler in a 6 man Cage match.

This ECW event isn’t remembered by many as it never made it to a VHS or DVD release, but 2 important things still happened that night: The Gangstas captured Tag Team Gold, while Rick Rude turned on his two team partners Tommy Dreamer & The Sandman.