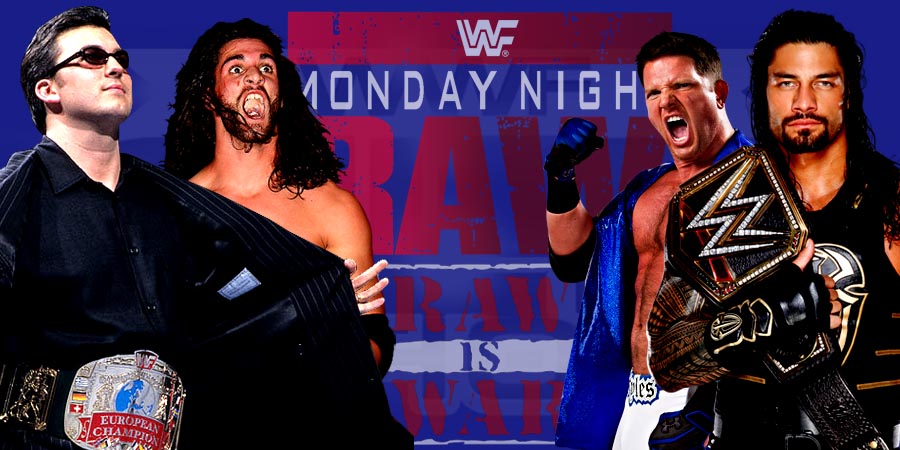 Tonight’s Memorial Day Edition of WWE Raw is taking place in Green Bay. The show kicks off with the whole roster standing on the entrance stage and a ten-bell salute happens.

– Shane, Stephanie McMahon & The New Day Segment: They discuss the upcoming WWE Brand Split in July. This leads to a match between The New Day & The Vaudevillains.

– The New Day def. The Vaudevillains via DQ: Luke Gallows & Karl Anderson attack Xavier Woods & Kofi Kingston at ringside to the cause the DQ. They hit their Magic Killer finisher on Big E and get heat from the crowd.

– Backstage Interview Segment With Renee Young: Gallows & Anderson reveal that their plan is to put The New Day, the tag team division and the whole roster on notice.

– Roman Reigns & Seth Rollins Segment: WWE World Heavyweight Champion Roman Reigns come out and talks about how Seth Rollins can call himself “The Man” when he’s afraid of “The Guy”. Rollins comes out and teases entering the ring and starting a fight with Reigns multiple times, but backs down every time. Rollins says they do things his way around here and leaves.

– Rusev def. Zack Ryder: Titus O’Neil comes out after the match and punches Rusev which sends him out of the ring. Titus challenges Rusev but he backs out.

– John Cena Returns: Cena returns and cuts an emotional promo regarding Memorial Day. Cena then question if he belongs in this new era of WWE. Cena says the new guys must pass through the face who runs the company. He’s interrupted by “The Phenomenal” AJ Styles.

"The future damn sure MUST go through ME!" – @JohnCena #RAW #CenaReturns pic.twitter.com/ET7sNmrbjU

Styles says he has waited for this moment for a long time. Styles says he wants to be the first person to welcome Cena back here in the WWE. They shake hands and out comes Luke Gallows & Karl Anderson.

Styles attacks Cena from behind and The Club is back together and they team up on Cena.

Styles leaves the ring and comes back multiple times to attack Cena.

Check the next page for the rest of the results from the show.