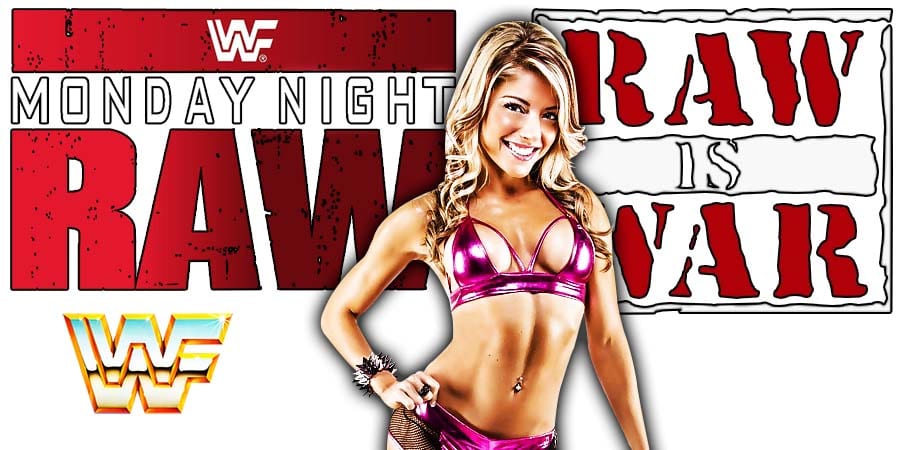 – Randy Orton (in a mask) said he can’t sleep because every time he closes his eyes he sees the fireball that Alexa Bliss threw at his face last week.

Randy said he doesn’t blame Alexa, he blames The Fiend. Randy said The Fiend wants to stop him from wining the Royal Rumble match again

“I’m wearing this mask to not only protect myself, but to shield everyone else from the horror I endured.”#WWERaw pic.twitter.com/GOB2yAuoiE

– Alexa Bliss appeared in her Playground with RAW Women’s Champion Asuka. Alexa said things got heated last week with Randy. Alexa then declared her entry into the Women’s Royal Rumble 2021 match. Asuka said she’s a big fan of Alexa and said Yowie Wowie. Alexa gets upset and started talking to someone else

– WWE announced that Hall of Famer Goldberg will appear on The Dirt Sheet on tonight’s RAW.

However, instead of Goldberg, Gillberg showed up. After that, an out of shape guy showed up and impersonated WWE Champion Drew McIntyre.

McIntyre impersonator told Gillberg that he’s going to send Goldberg back to 1998.

The Miz then said neither McIntyre, nor Goldberg are going to win at Royal Rumble 2021, as he will cash-in his Money In The Bank contract and win the WWE Championship.

On this day in 2003, we lost Old School Wrestling Legend “The Original Sheik” The Sheik (Real name: Edward Farhat) at the age of 78 due to heart failure.

He used to be the promoter of NWA Detroit (aka Big Time Wrestling) from 1964 till the promotion closed its doors in 1980.

His last major TV appearance came in 1995, when he managed his nephew Sabu on WCW Monday Nitro.