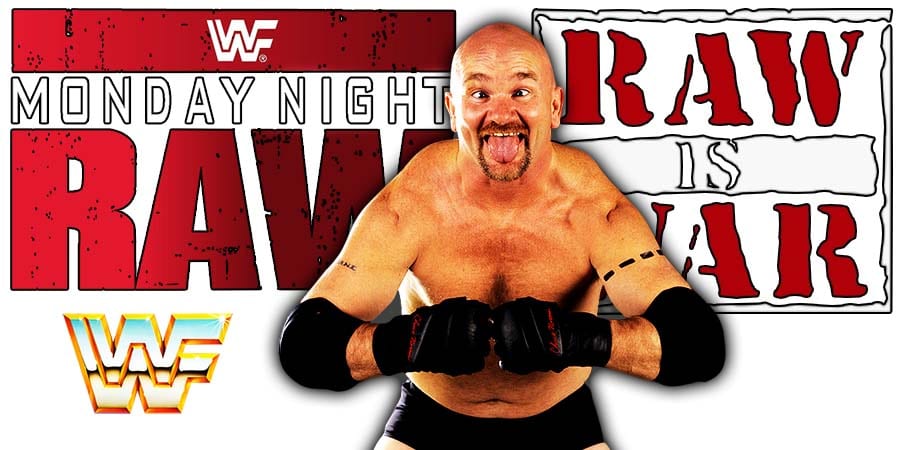 WWE announced that Hall of Famer Goldberg will appear on The Dirt Sheet on tonight’s RAW.

However, instead of Goldberg, Gillberg showed up. After that, an out of shape guy showed up and impersonated WWE Champion Drew McIntyre.

McIntyre impersonator told Gillberg that he’s going to send Goldberg back to 1998.

The Miz then said neither McIntyre, nor Goldberg are going to win at Royal Rumble 2021, as he will cash-in his Money In The Bank contract and win the WWE Championship.