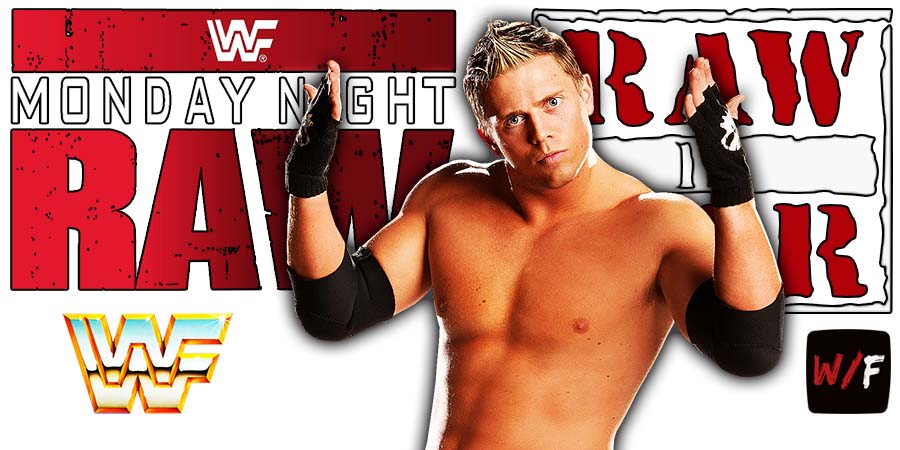 – Tonight’s final RAW before Saturday’s SummerSlam 2022 kicked off with The Miz & Logan Paul getting into a brawl.

– Undisputed WWE Universal Champion Roman Reigns came out along with his Bloodline.

Paul Heyman said after SummerSlam, Brock Lesnar will no longer be tied into the legacy of Roman Reigns as the Greatest of all Time.

Mr. Money In The Bank Theory interrupted. Theory said he will win back the United States Title at SummerSlam, then go onto cash-in on Roman or Brock and will be Theory Three Belts.

Roman said that Theory’s Daddy (Vince McMahon) isn’t here anymore (as he retired) and if he keeps it up, then he (Roman) will be his new Daddy.

– Drew McIntyre def. Mr. Money In The Bank Theory via DQ after The Brawling Brutes attack him (Bobby Lashley made the save for McIntyre)

After the match, The Usos superkicked Theory and Roman Reigns gave Theory the following advice:

“When you cash-in on Saturday, you gotta make sure to bring this, okay? And when you do, make the right decision.”

"When you cash in on Saturday, you gotta make sure to bring this, okay? And when you do, make the right decision."@WWERomanReigns offers some veteran advice for @_Theory1 on #WWERaw.#SummerSlam pic.twitter.com/ii4jmM3s1M

– Rey Mysterio celebrated his 20th WWE anniversary. Mysterio named some of his favorite opponents and thanked his peers, family & fans for sticking by him throughout his career. The Judgment Day came out and surrounded them.

– A party was held for Rey Mysterio backstage and his daughter Aalyah gave him his original WCW Halloween Havoc 1997 gear, but Judgement Day crash it. Rhea Ripley returned from injury and Aalyah got in her face, but Rhea shoved her away.

Ripley then grabbed Dominik by the hair and dragged him out of the room. Rey went to save him, but got attacked by Balor & Priest and Rey got powerbombed through a Table.

– RAW Women’s Champion Bianca Belair & Becky Lynch got into a brawl and had to be separated.

– Logan Paul hosted the debut of Impaulsive TV and called out The Miz, but Maryse came out instead.

Maryse warned Logan not to talk about her kids or her husband’s package. Maryse said an adult male’s balls are 1.8 to 2 inches in size and Miz falls in that range.

Logan then said in shock who measures their balls! The Miz came out and said he does.

Miz said he taught Logan everything he knows, but when the dust settles at SummerSlam, Logan will be a loser.

Maryse slapped Logan and Logan said she has bigger balls than Miz. Ciampa attacked Logan from behind. Miz and Ciampa took turns beating down on Logan.

Reigns pinned Riddle to win the match. As The Bloodline was leaving, Seth Rollins came out and said bye-bye to Roman and then attacked Riddle to end the show.