Below is what WWE tweeted:

BREAKING: Tonight's #RAW will kick off with the reveal of the RAW & #SmackDown Live GMs! @StephMcMahon @shanemcmahon pic.twitter.com/SZdCW3sbyq

We recently noted that WWE might have accidentally revealed Daniel Bryan as the General Manager of SmackDown according to the below screenshot: 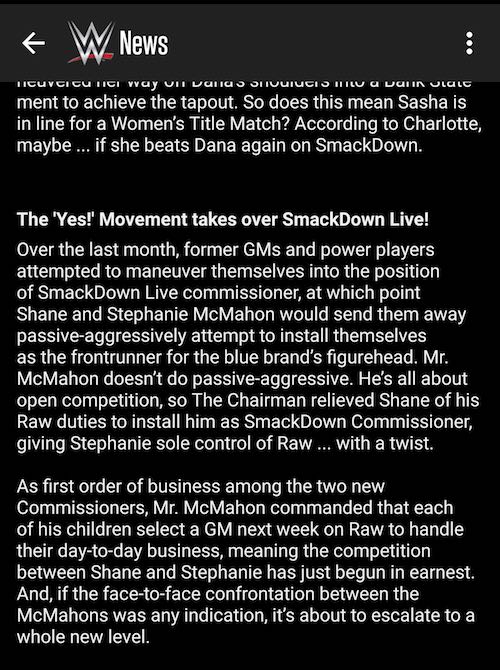 It is being speculated that Stephanie McMahon will name Triple H as the General Manager of Raw and The Game might be making his first appearance on WWE TV this week since his loss at WrestleMania 32.

7. Naomi Returning With A New Look?

WWE wrestler Naomi noted on Twitter that she’s gonna return soon with a new look. Below is what she tweeted:

I'll be back soon @WWE & I are still working out a few logistics for fresh return it will be epic? #feeltheglow https://t.co/XG9BrJ33hN

No im going to lose it on myself ?I'm so ready for real for real it's been to long https://t.co/CzSPIMEV8g