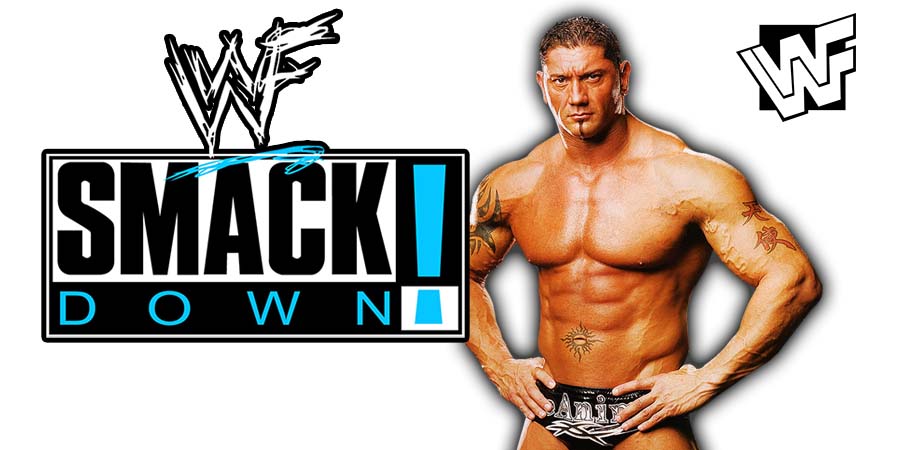 WWE posted a video on their YouTube channel where they posted things that fans might have missed during last week’s SmackDown 1000.

During this video, they took a look at Ric Flair’s “botched” fist bump with Batista during the Evolution reunion, where Batista left Flair hanging.

As seen in the above video as well, WWE tried to lay seeds for a possible “Last Time Ever” match between Batista & Triple H once again.