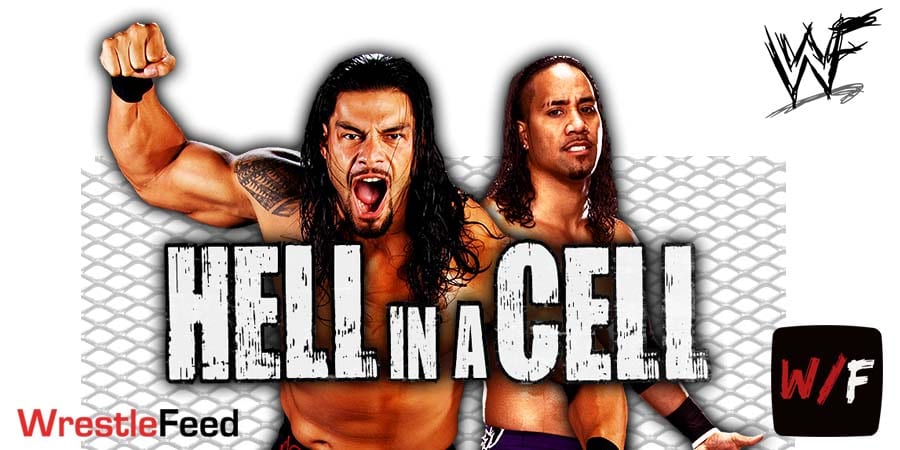 Below are the results from tonight’s go-home edition of SmackDown for this Sunday’s WWE Hell In A Cell 2020:

– Sami Zayn says he disagrees with Daniel Bryan’s vision for the Intercontinental Title, and will defend the title his way

– Lars Sullivan def. Shorty G (Shorty G quits after the match. Later in a backstage segment, Shorty G told Adam Pearce that he’s done with all this “accept who you are” and said he can’t accept this Shorty G crap. He said he’s back to being Chad Gable, who can achieve anything he wants)

– Seth Rollins def. Murphy (Aalyah Mysterio came out to save Murphy from Rollins’ post-match kendo stick attack. Dominik Mysterio also came out and Rollins attacked him. This led to Rey Mysterio coming out with a Steel Chair and Rollins escaped)

– Jey Uso layed out Roman Reigns with a Super Kick and a Splash. Reigns then revealed the consequences if Jey loses their “I Quit – Hell in a Cell” match. If Jey loses, he must acknowledge Roman as The Tribal Chief and take orders. If Jey refuses to do so, both of The Usos, their wives, their children, and children’s children will all be out of the Samoan Dynasty