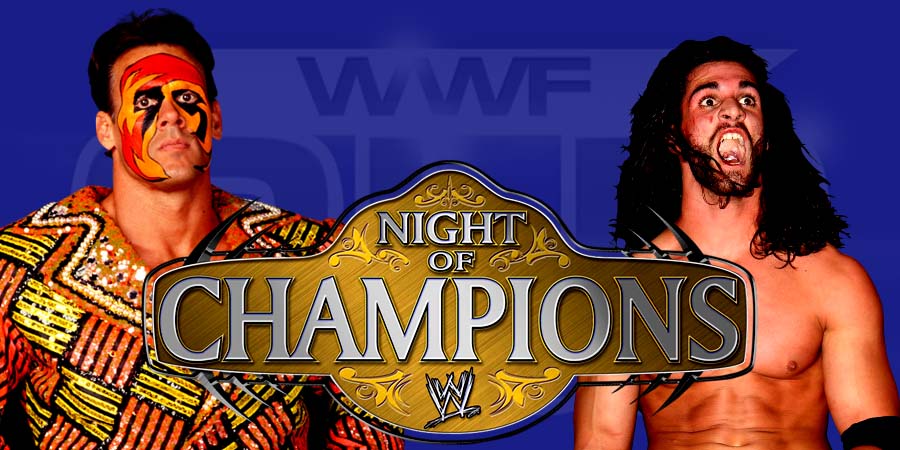 As we saw last night at Night of Champions 2015, a fan entered the ring prior to the 6 man tag team match and stood along with Dean Ambrose and Roman Reigns.

Bray Wyatt jokingly asked Reigns & Ambrose that “is he your mystery partner?”. The fan was quickly tackled by the security and taken out of the ring.

WWE issued the following statement regarding this incident:
“WWE takes the safety of our performers very seriously and any fan entering the ring area will be prosecuted to the fullest extent of the law.”
These fan incidents have increased a lot as of late. A fan attacked Roman Reigns with a Money in the Bank replica briefcase at a WWE Live Event (click here to watch), a fan jumping the barricade to attack Dean Ambrose at a SmackDown taping, and a fan walking on the ramp along with Rollins on Raw. These “fans” have targeted all 3 of the former Shield members.

Talking about Night of Champions, Dave Meltzer is reporting that Sting suffered a serious neck injury after Rollins delivered a running powerbomb on the turnbuckle and keeping Sting’s age in mind, it could be the end of his legendary career. This was Sting’s 4th match in WWE and his 2nd on a WWE PPV. Sting now has a win-loss record of 2-2.

Missed Night of Champions 2015? We got it covered for you: