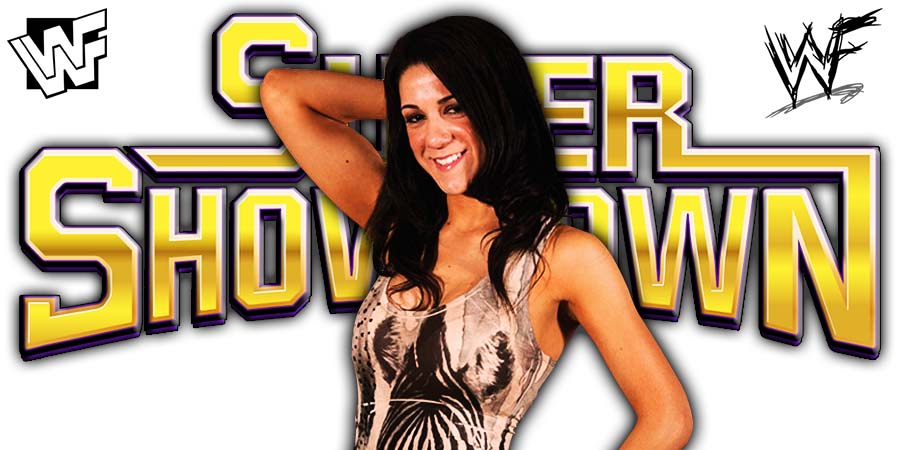 Up next is the SmackDown Women’s Championship match. Naomi makes her way out first, followed by the champion, Bayley.

This is a history making match, as this is the first time a Women’s Championship is being defended in Saudi Arabia.

You can check out their outfits below: 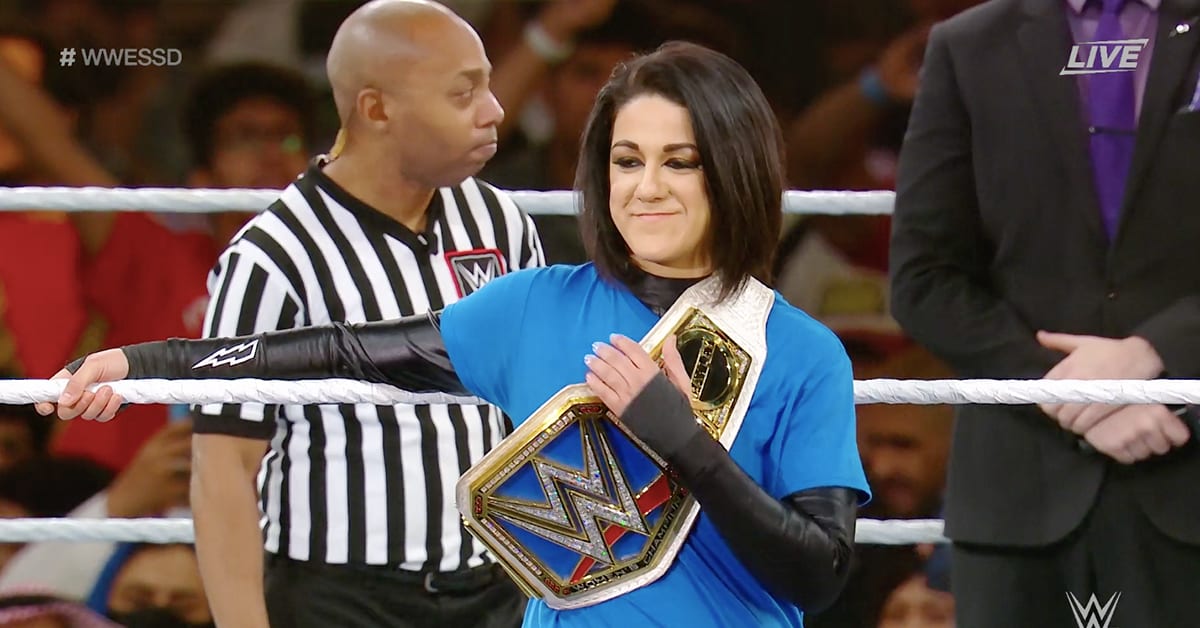 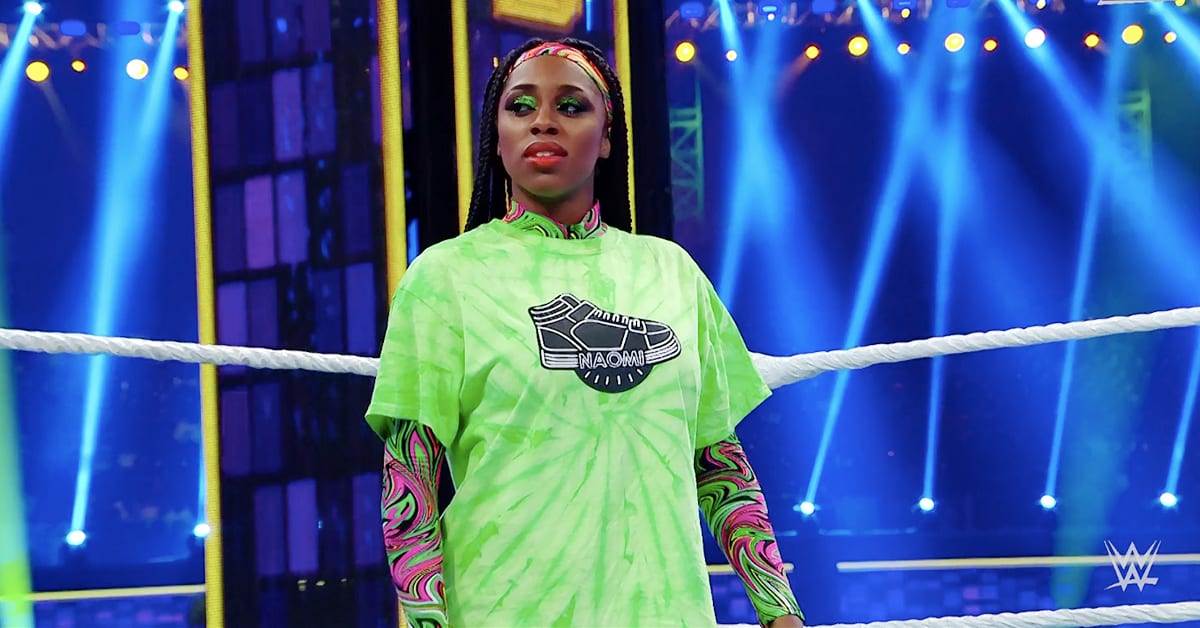 After back & forth action, Bayley hits the Bayley-To-Belly on Naomi and went for the cover, but Naomi kicked out.

Bayley stuck Naomi’s leg inside Naomi’s T-Shirt and then slammed Naomi face-first to win the match. 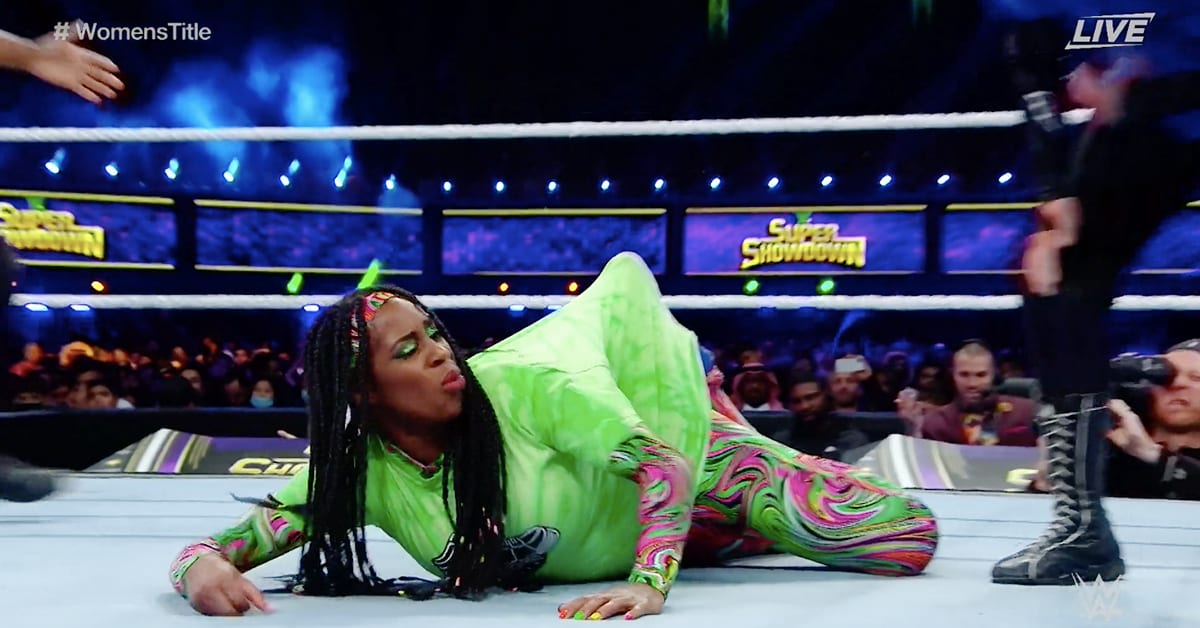 Bayley has made history by becoming the first woman to successfully retain a Women’s Championship in Saudi Arabia.