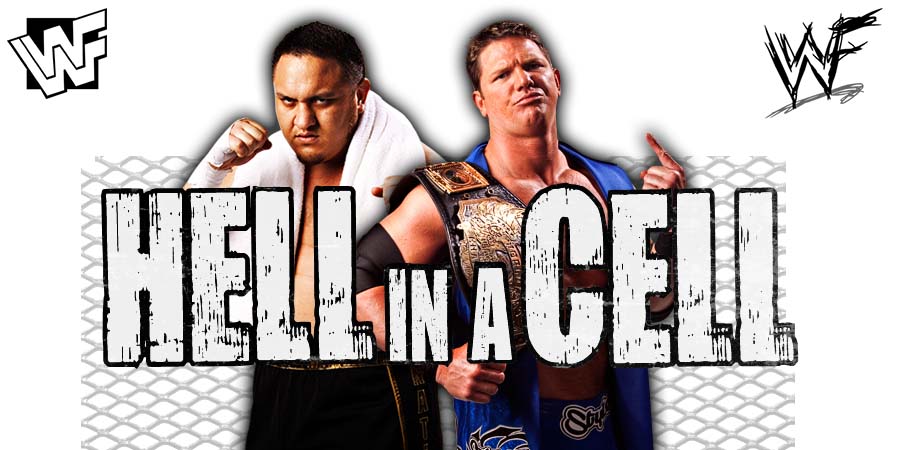 • WWE Title Match Announced For Hell In A Cell 2018

WWE has announced that “The Phenomenal” AJ Styles will defend the WWE Championship against Samoa Joe in a SummerSlam rematch at Hell in a Cell 2018 PPV.

It looks like this would just be a normal match, not a Hell In A Cell match.

Below is the updated match-card for Hell In A Cell 2018 PPV:

I don't need to surprise you to cash in #MITB. I promised to do it face to face. Face me in the middle of your "yard" on #Raw, Roman. And if you're really a man you'll come alone. #MonsterInTheBank

Below is what WWE posted about this challenge:

“During a heated Universal Championship main event pitting new titleholder Roman Reigns against challenger Finn Bálor — the first Superstar to hold that title — Braun Strowman emerged with his Money in the Bank contract in tow, making it clear that whoever won the match would, indeed, “get these hands.”

The Big Dog won with a ring-shaking Spear, capitalizing on the chaos, but when The Monster Among Men attempted to cash in for his guaranteed title opportunity against the battle-weary champion, Reigns’ Shield brothers, Intercontinental Champion Seth Rollins and Dean Ambrose, emerged to overpower the opportunistic behemoth and lay him out with a thunderous Triple Powerbomb through the announce desk.

Strowman still has his contract, but he also has a massive score to settle with The Big Dog. Via Twitter, The Monster Among Men said he wants Reigns to confront him in the middle of the ring on Raw, without his Shield brothers. Will Reigns agree to a face-to-face meeting with Mr. Monster in the Bank?”