• WWE Officially Announces The Undertaker vs. Rusev In A Casket Match

As we noted earlier today, The Undertaker vs. Rusev in a Casket match will take place at the Greatest Royal Rumble event on April 27.

WWE has officially announced this match now and below is what they posted:

“RIYADH, SAUDI ARABIA and STAMFORD, Conn. — Following his triumphant return at WrestleMania, The Undertaker will take on Rusev in a Casket Match at the Greatest Royal Rumble event, which takes place at the King Abdullah Sports City Stadium in Jeddah, Saudi Arabia, on Friday, April 27, at 7 p.m. AST. The object of a Casket Match is for a WWE Superstar to trap their opponent inside the casket and close the lid.

The Greatest Royal Rumble will stream live on WWE Network on Friday, April 27, at 12 p.m. ET/9 a.m. PT, with a special, one-hour Greatest Royal Rumble Kickoff starting at 11 a.m. ET/8 a.m. PT. It will also be available on pay-per-view outside of the Middle East with regional broadcast information forthcoming. 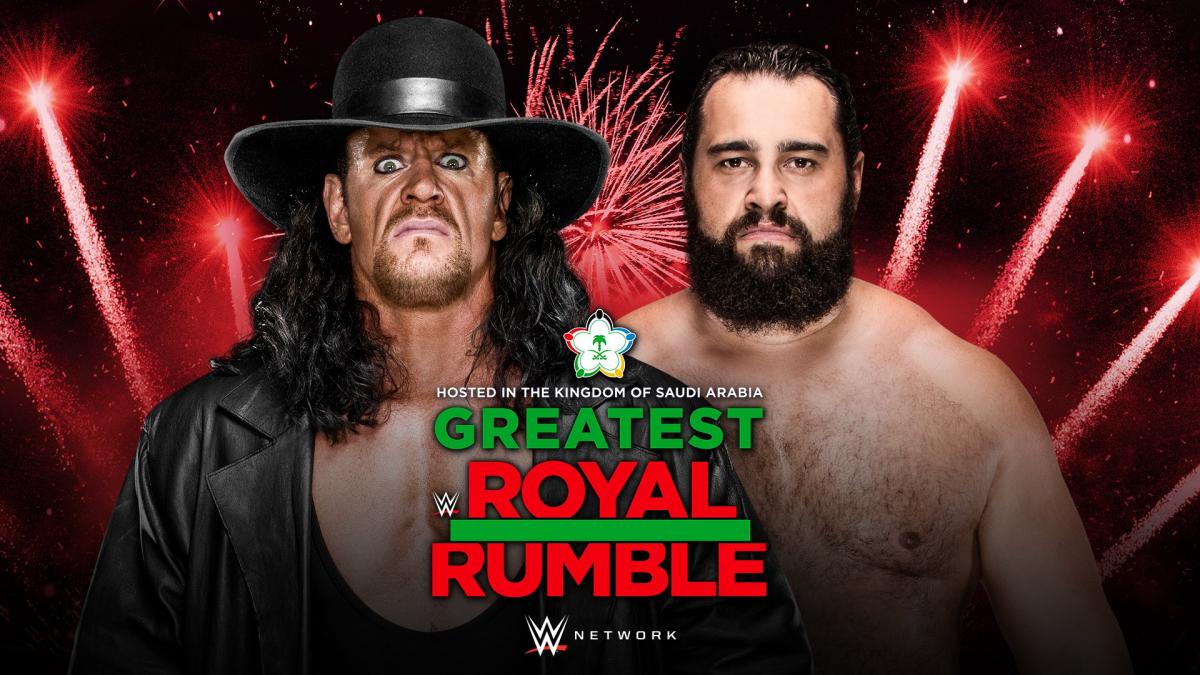 It should be noted that this match isn’t confirmed yet and it’s possible that this match doesn’t end up being the actual match at Extreme Rules 2018 (as WWE aired ads for a FastLane 2018 WWE Title match earlier this year and that match didn’t end up happening).

We’ll keep you updated regarding the upcoming plans for the WWE Championship.