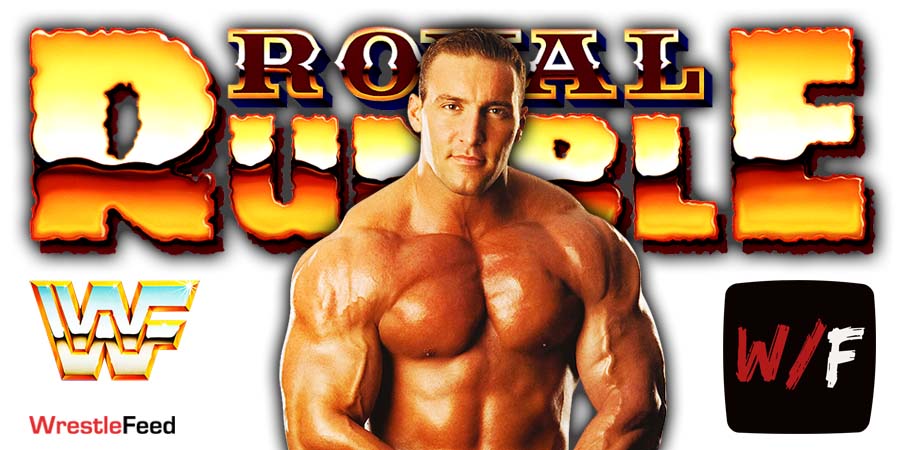 WWE Ruthless Aggression Era Veteran Chris Masters recently took to Twitter and posted a video that showed a typical Royal Rumble countdown, followed by his old WWE entrance video, thus teasing that he might be a surprise entrant this year.

“At the very least it is fun to imagine”

At the very least it is fun to imagine pic.twitter.com/JcelX6uM3O

He replied the following to a Twitter post that read “Who will be this year’s surprise Royal Rumble entrants?”:

As of this writing, the following 15 names have been confirmed for the Men’s Royal Rumble 2022 match:

It was broadcasted from the the Caesar’s Palace in Las Vegas, Nevada and featured matches, interviews & storyline segments on the road to the ‘WCW SuperBrawl VI’ PPV.

4. Hulk Hogan vs. One Man Gang