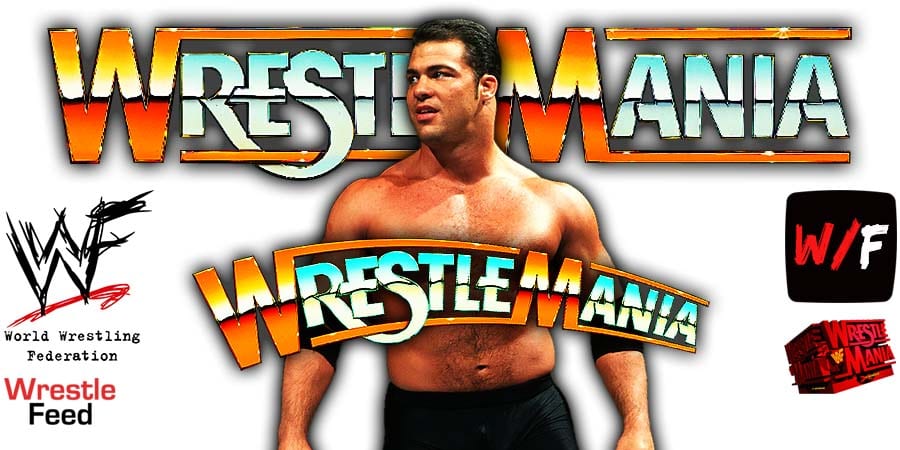 WWE Hall Of Famer Kurt Angle retired from in-ring competition at WrestleMania 35 in 2019, after losing his retirement match to Baron Corbin.

Angle has appeared on WWE programming in various non-wrestling roles since then.

During an interview on The Wrassingh Show, Angle revealed that WWE wants him at WrestleMania 39 in April 2023:

“They’re talking about maybe me doing something at WrestleMania. They are always reaching out to me to help do media and stuff like that, kind of be an ambassador for the company.

I like doing that. I don’t mind because I can’t wrestle anymore.

It’s just an idea. It won’t be in a wrestling capacity at all. There is nothing there yet.”

Angle is under a WWE Legends contract, which is why he turned down AEW’s offer, because he doesn’t want to ruin his relationship with WWE.