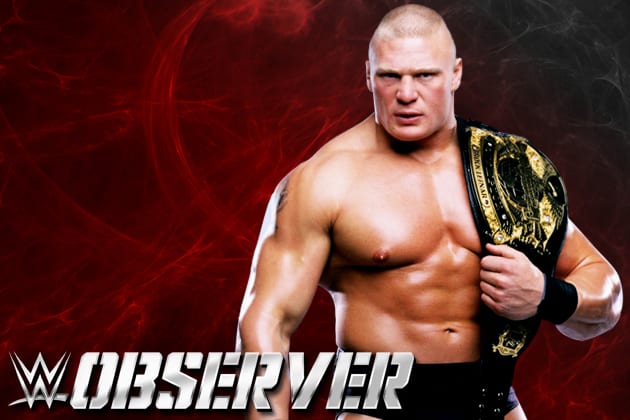 Brock Lesnar as the WWE Champion

The issues between the current WWE World Heavyweight Champion Brock Lesnar & Vince McMahon are still not resolved. However, Vince is said to be very confident on Lesnar working WrestleMania 31. The WWE Creative Team asked Vince if they needed to work on a back-up plan for WrestleMania incase Lesnar doesn’t show up, but Vince told them to stop worrying and said there’s no need for a back-up plan as Lesnar will show up. If Lesnar decided to skip WrestleMania 31, it would result in a breach of contract and a major lawsuit from WWE. But the reason why officials aren’t worried about Lesnar walking out is because the payday for WrestleMania is so significant that there’s virtually no chance that he will skip the show. However, there is concern for his future after WrestleMania 31. As we noted, Lesnar and Vince got in a heated and loud discussion on Raw last week which resulted in Lesnar walking out. According to reports, the differences were not too big for them to get past but it was more of two people, Vince and Brock, who did not want to back down to the other. Regarding Brock Lesnar’s appearance at UFC 184, Lesnar made the arrangements with Dana White a few days before the event.