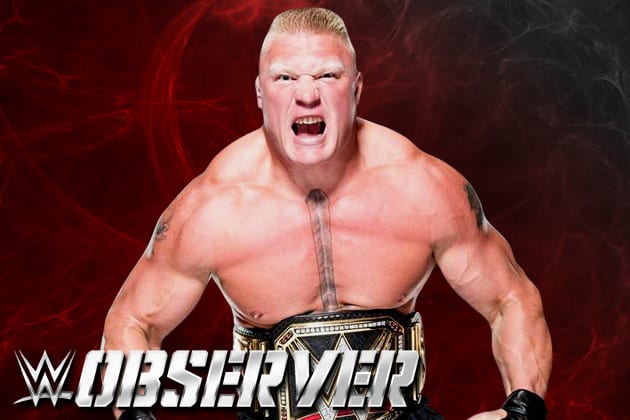 The latest word is that WWE officials are worried about the WrestleMania 31 main event between Brock Lesnar & Roman Reigns for the WWE World Heavyweight Championship. With officials having no idea about Lesnar’s post WrestleMania status, there is a lot of tension regarding the booking of that match. Officials believe that the match might get a worse crowd reaction than Lesnar-Goldberg from WrestleMania XX. A source noted that the match “has disaster written all over it.”

One of the plans for WrestleMania is for Seth Rollins to cash in his Money in the Bank contract, which was the original plan for Royal Rumble earlier, but was cancelled by Triple H as he wanted to save that for a bigger stage.

Earlier, Triple H presented the idea of a triple threat match for the WWE World Title at WrestleMania between Roman Reigns, Dean Ambrose & Seth Rollins, but that match won’t be happening as Lesnar retained at Royal Rumble. No matter how bad the crowd reacts, there won’t be any additions to the current main event.

One interesting thing to be noted here is that Vince McMahon is giving a strong impression to people backstage that Lesnar will indeed re-sign with WWE after WrestleMania, and he won’t be leaving the company for UFC or other promotions.

Do you want to see this WWE World Title match at WrestleMania? Vote below!