As the 2020 United States Presidential Elections go on, things seem to be in favour of the Democratic Party’s Joe Biden right now.

It seems like this has affected WWE wrestler Jaxson Ryker, who’s a part of The Forgotten Sons, the stable which has been forgotten by WWE creative team for the past 6 months due to Ryker’s controversial comments. 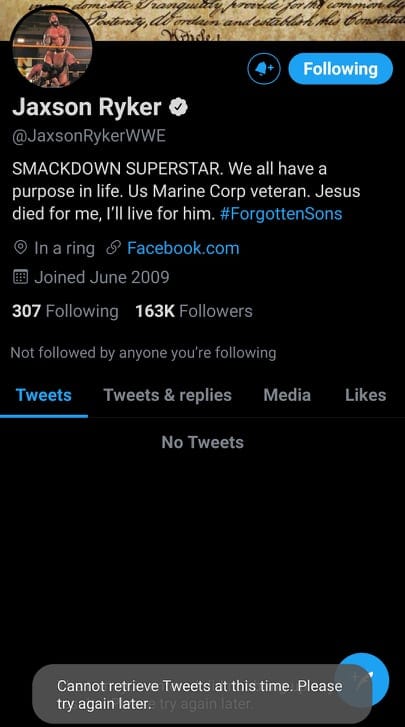 On the other hand, Chris Jericho clarified his tweet about the result of Elections from last night and revealed that he forgot that something similar to this year happened back in 2000.

“Thanks! I forgot about that and I appreciate the info.”

Thanks! I forgot about that and I appreciate the info. https://t.co/KBh4HGcW2z

This episode was pre-taped at the Sports Arena in San Diego, California and featured matches & storyline segments on the road to the ‘WCW Mayhem 1999’ PPV.