On last week’s episode of SmackDown, 24/7 Champion Reginald said in a backstage interview that he wants people to call him Reggie.

However, the ring announcer still announced him as Reginald and the graphics had the same name.

On tonight’s RAW, the name change was made official, and the graphics also had Reggie on them.

This name change has been made official on WWE’s website as well. 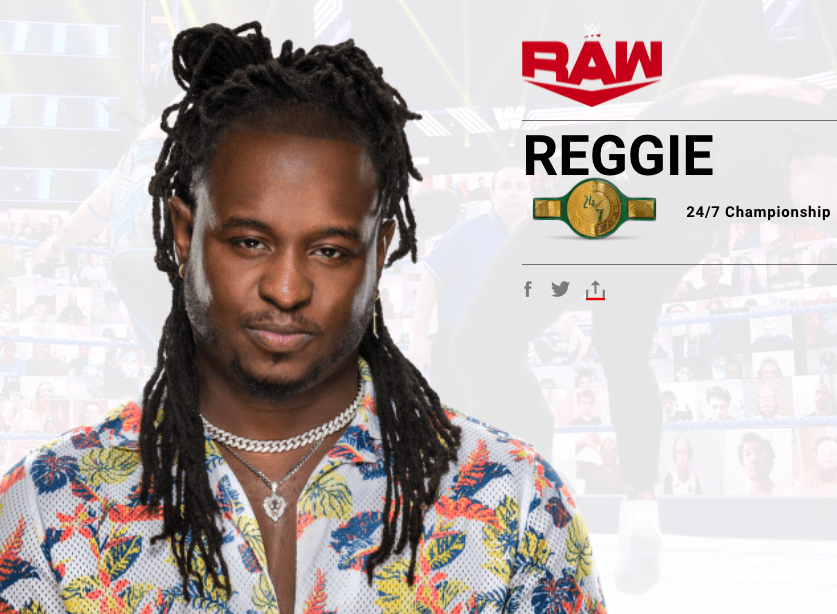 Reggie defeated Akira Tozawa on tonight’s RAW to retain the 24/7 Title in a normal singles match.