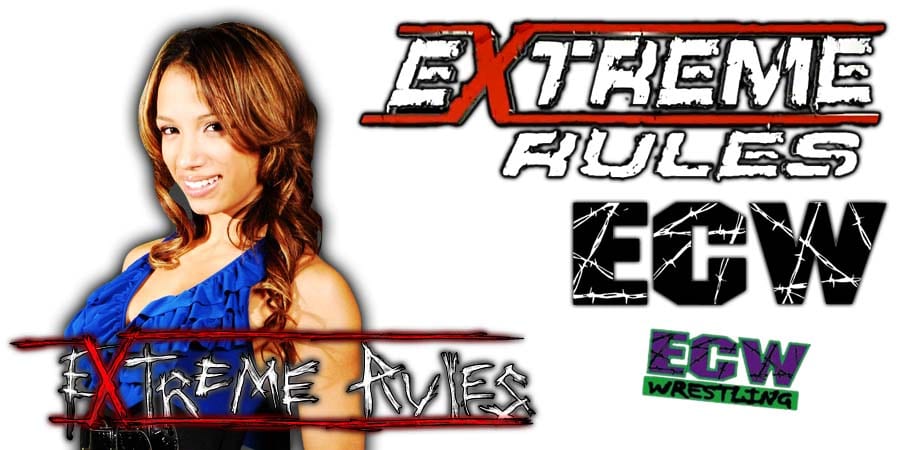 It was broadcasted from the Rockford MetroCentre in Rockford, Illinois and featured matches, interviews & storyline segments on the road to the ‘WCW Road Wild 1999’ PPV.

Asuka vs. Sasha Banks for the RAW Women’s Championship ended in controversy at The Horror Show at WWE Extreme Rules, as the referee was taken out, due to which SmackDown Women’s Champion Bayley put on his shirt to officiate the match and declare Banks as the winner.

However, WWE’s website is calling the finish of the match ‘unofficial’ and Asuka is still listed as the RAW Women’s Champion there.

“In a literal sense, Sasha Banks left The Horror Show at WWE Extreme Rules with the RAW Women’s Championship, but not without controversy.

The Legit Boss was extra vicious from the start, deploying a short finger lock and using other varieties of precise limb manipulation to stifle Asuka. A back-and-forth battle on the apron proved especially dire for Asuka, who was slammed back-first into the ringside plexiglass. Banks’ ensuing frogsplash only netted a two-count, however.

Banks’ trademark trash talk proved costly though, and she ate brutal strikes from The Empress of Tomorrow before being folded up with several German suplexes.

Meanwhile, Kairi Sane felt the wrath of Bayley on the outside, getting dropped with a Bayley-to-Belly. Bayley’s distraction of the referee caused him to miss Banks tapping to the Asuka Lock, and the official was blinded by Asuka’s green mist intended for Banks moments later.

With the referee incapacitated, Bayley struck Asuka with one of the Women’s Tag Team Titles and put on the referee’s shirt to count a pinfall for Banks, unofficially hailing her partner as the victor and fleeing with the RAW Women’s Championship.”