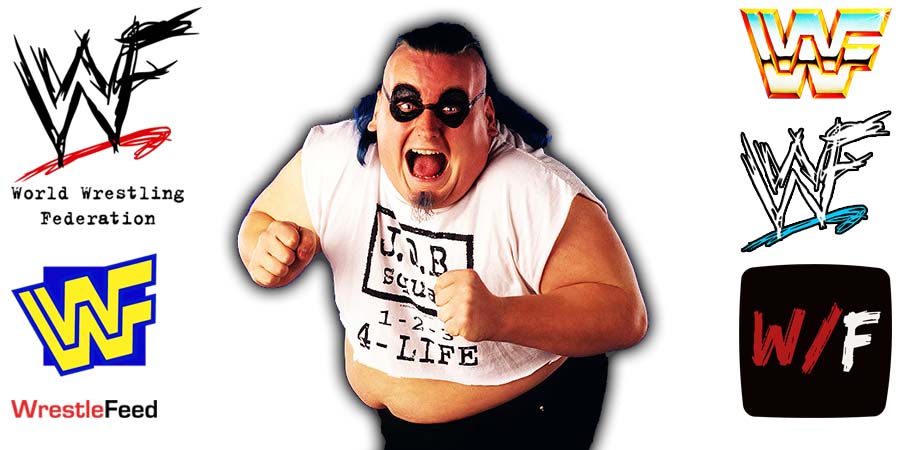 During a recent episode of the ‘Brisco and Bradshaw Show’, their fellow WWF Attitude Era Veteran The Blue Meanie appeared and told several stories, including recalling an incident where his balls popped out on WWF RAW IS WAR.

Here’s what The Meanie said:

“This is in the era where we would do a live RAW on Monday, and tape Tuesday, so we’re taping on Tuesday and they wanted to do a parody of the Nitro Girls. The RAW Boy. This was during the whole Blue Meanie/Goldust feud. They’re like, ‘ladies and gentlemen, RAW boy!’ and I come out and do the whole dancing and stuff.

They looked like a baby in a beanbag chair. I look at Dustin and he’s trying not to laugh and he kicks me and I sell. Then I go back to the back and they’re giving me golf claps at the monitors like, ‘ahh Meanie!’.”