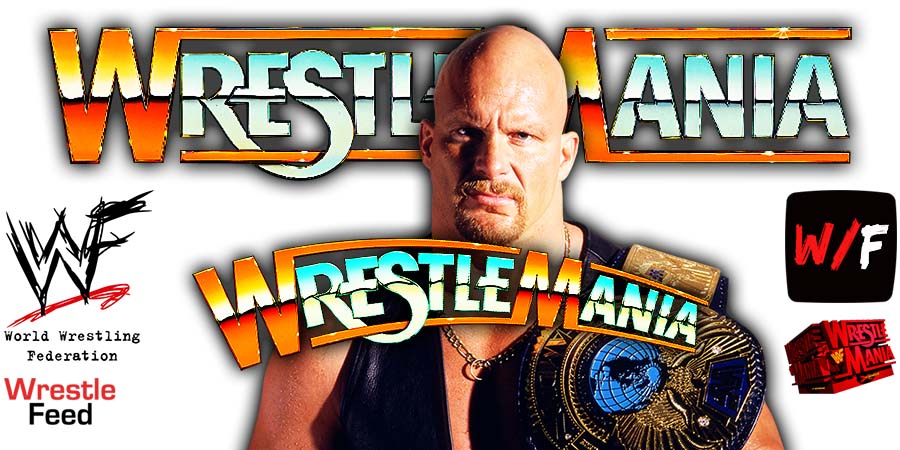 On Austin returning for WrestleMania 38:

“I’m looking forward to it. I’m proud of him. It takes a lot of courage to come back and do what he’s trying to do. I’ll be there to cheer him on.”

On his match with Austin at WrestleMania 13:

“Steve was in his prime. I don’t think he was ever better. That was my peak moment, too. It was two asteroids hitting at the right time.

The funniest thing about that match, and it will probably surprise people, is that we ran out of ideas when we tried to map out the match. It was all submissions, so there was no one-two-kickout. Taking away the pin falls removed a lot of the element of suspense. But we’d always had great chemistry, so we entered the match with confidence.

If you look at our match from the Survivor Series in 1996, some people argue that was an even better match.

What we had was a storyline and two characters who were destined to cross paths.

At that time, Steve was becoming a huge force and was just about ready to break through to a level that few wrestlers ever reach. I was lucky to be there at the right place and right time with him.”