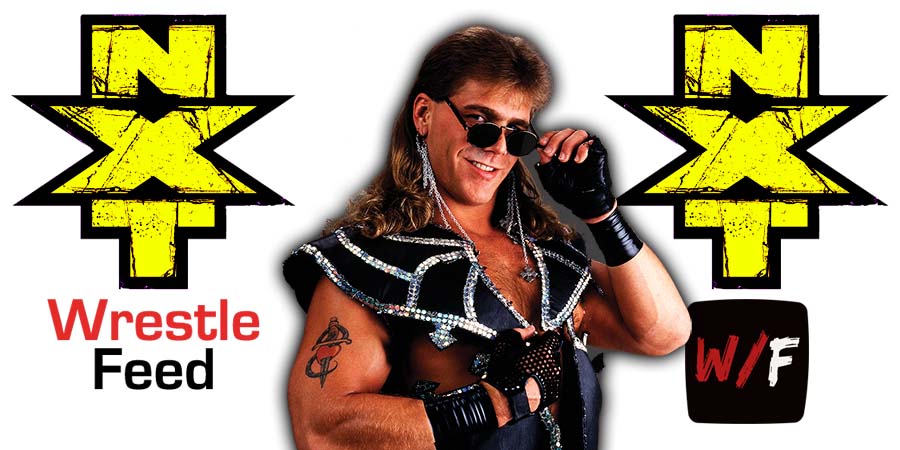 Vince McMahon ended Triple H’s vision of NXT last year and gave birth to his own vision, which is NXT 2.0.

In NXT 2.0, Vince wants to push those wrestlers which he actually wants as top stars on the WWE main roster, like the current NXT Champion Bron Breakker.

With all these changes, fans began assuming that Vince McMahon and Bruce Prichard now run NXT as well, along with RAW and SmackDown.

However, that isn’t the case.

According to the Wrestling Observer, Old School WWF Legend Shawn Michaels runs NXT 2.0, a job he took up in the absence of his best friend Triple H, who is dealing with health issues.

However, Vince McMahon does have a final say on the important things and does tell Shawn specific things that he wants.

For example, Vince recently told Michaels that he wants Joe Gacy (with Harland) to be pushed on NXT 2.0.

Vince is reportedly very happy with the work HBK has done on WWE’s developmental brand:

“They are very happy with Shawn Michaels right now, feeling he’s been under pressure to make stars fast with the changes in the show and he made [Bron] Breakker, Carmela Hayes, [LA] Knight, Grayson Waller and Tony D’Angelo into stars very quickly.

It was noted that was not his job when he was hired, but it fell upon him when [Triple H] had his health issue and they feel he has great aptitude for the creative process and understanding of how to make stars and make key people stand out.”

It was broadcasted from the Georgia Dome in Atlanta, Georgia and featured matches, interviews & segments, on the road to the ‘WWF No Way Out 2001’ PPV.