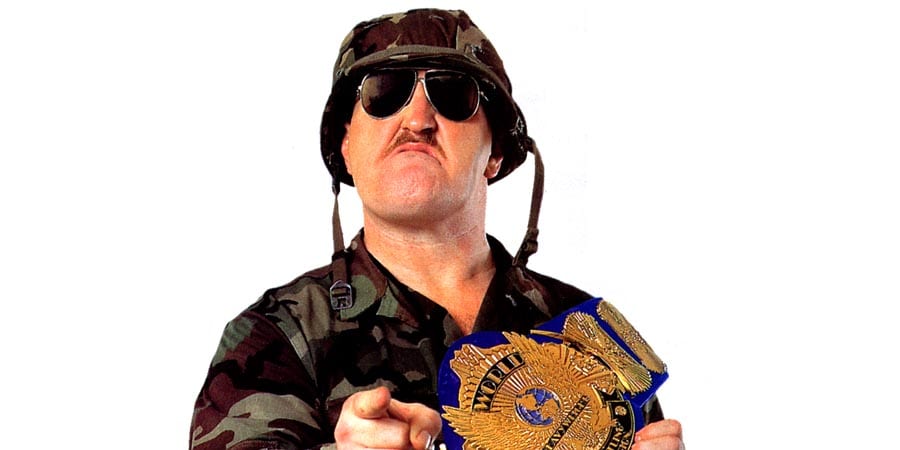 On this day in 2012, we lost Old School WWF Veteran Doug Furnas at the age of 52 due to a atherosclerotic & hypertensive heart disease.

Most Old School Wrestling fans remember him as a Tag Team Wrestler, who teamed up with Phil Lafon (Dan Kroffat) as ‘The Can-Am Express’ for the better part of his professional wrestling career.

During a recent interview with Fox News, Old School WWF Legend Sgt. Slaughter revealed that wrestlers are inducted into the WWE Hall of Fame after being voted by their peers.

Below is what Sgt. Slaughter said:

“Being inducted into the Hall of Fame is the number one thing that you’re shooting for. You don’t win titles, you earn titles, and to earn the right to be a Hall of Famer and voted in by your peers — I was unanimously voted in. I was still wrestling, actually, and it was a great honor. I knew what it was like for me to think of what I wanted to say, who I wanted to thank. And as anything, there’s time limits.

Wrestlers can talk the chrome off a bumper, so you have to try to get it all into one 10 minute conversation — your whole career, your whole life and who to thank. So it’s a pretty big deal and I really enjoyed it. This year it’s going to be at the Barclays Center, and I look forward to it because it’s my favorite time of the week when I hear the stories and hear who they thank and how they got there.”