During a recent episode of his podcast, Old School WWF Legend Kurt Angle teased returning to the ring.

He revealed that he has lost 50 pounds and he will wrestle again if he can feel better physically.

“I gained a lot of weight during this pandemic. I got up to 260 and I got my butt down to 210 pounds so I’m in the best shape I’ve ever been in even before the Olympics as far as looks, not on a conditioning level or a strength level.

As far as how I look, this is the best I’ve ever looked and I’m really happy with my progress. 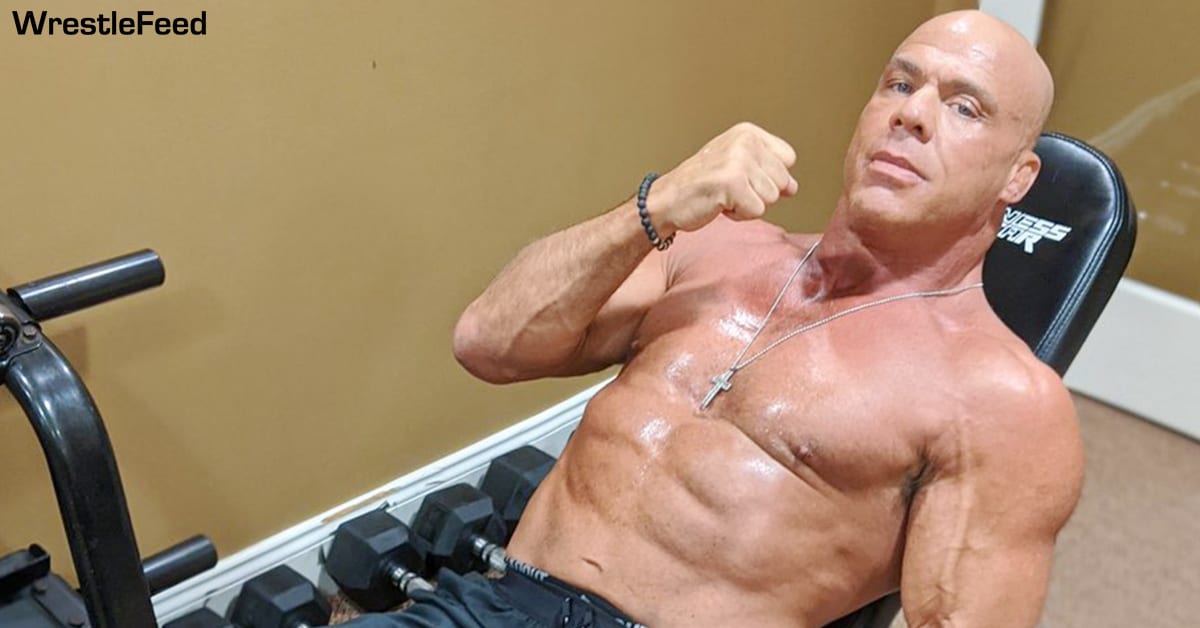 Being out of wrestling the past few years, especially during the pandemic, I had a lot of physical problems. A lot of problems I had from not doing anything, not working out as much as I did, sitting all the time, nothing to do, being stuck at home.

I started to have a lot of back pain and knee pain and it got to the point to where I was like I probably won’t wrestle again.

I started training hard again to get my body back in shape and, not that I’m planning on wrestling, but I want to keep the option open.

I’ve been training a lot of physical therapy training, working on my smaller muscles, my core, everything like that. I lost a lot during this pandemic, I couldn’t even walk in a straight line, my balance was off, my strength was off and I was going through a really difficult time. I went through a lot of depression too.

With all of that, I’m trying to work myself into pretty good shape. I don’t expect myself to be what I used to be 10 years ago but I would take 5 years ago over anything.

If I’m able to feel as good as I did 5 years ago, I will probably wrestle. But right now, I don’t plan on it.”

Angle retired from in-ring competition in 2019, after losing to Baron Corbin at WrestleMania 35.

Last year, Angle revealed that AEW President Tony Khan offered him a multi-match deal, but he turned it down.

Also Read: Kurt Angle Reveals How The WWE Fixed A Botched Spot Between Him & The Undertaker

It was pre-taped at the Spokane Arena in Spokane, Washington and featured matches, interviews & storyline segments on the road to the ‘WWF Royal Rumble 1998’ PPV.

– Sniper/Recon vs. The New Blackjacks