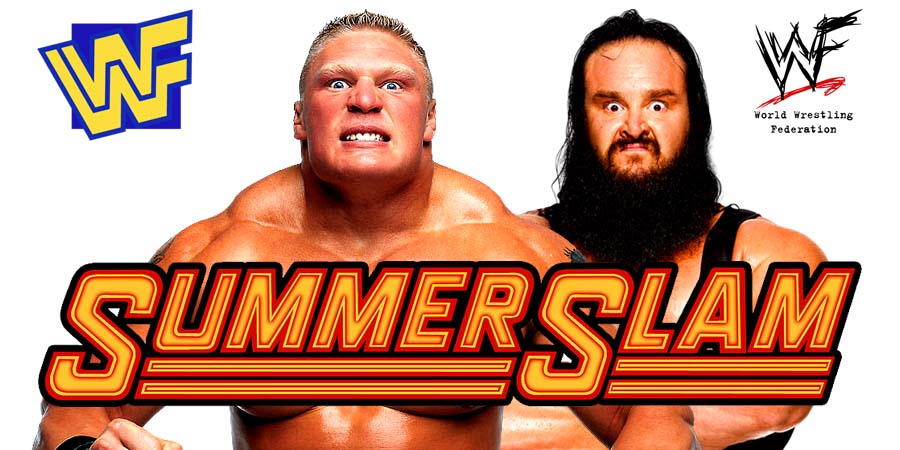 “It’s been a long time coming, put the belt on Reigns already! Enough of this Brock Lesnar bulls***! Reigns is my bro, he’s my uce man. He needs to freakin’ beat Brock Lesnar 1-2-3.

Here’s one of Vince McMahon’s rules that he told me years ago. A babyface never guarantees victory if he’s not going to win. Reigns has guaranteed victory for six months. If he doesn’t beat Brock, he’s done. That’s not Vince’s role for Reigns, he wants him to be the face of the company. Brock needs to lose and move on, let’s build Braun Strowman and Reigns and move that to WrestleMania.

If you turn Reigns heel, all the people that are booing him will then start cheering him. I think that Reigns will beat Lesnar, Strowman would have lost to Owens and lost his briefcase. Strowman’s pi$$ed off, comes down and beats the s*** out of Reigns and the new advocate of Braun Strowman is Paul Heyman.

I think that Lesnar and Reigns are going to beat the s*** out of each other, which I love, because they did that before at WrestleMania. Reigns is a killer man, Roman’s my bro, he’s awesome.”