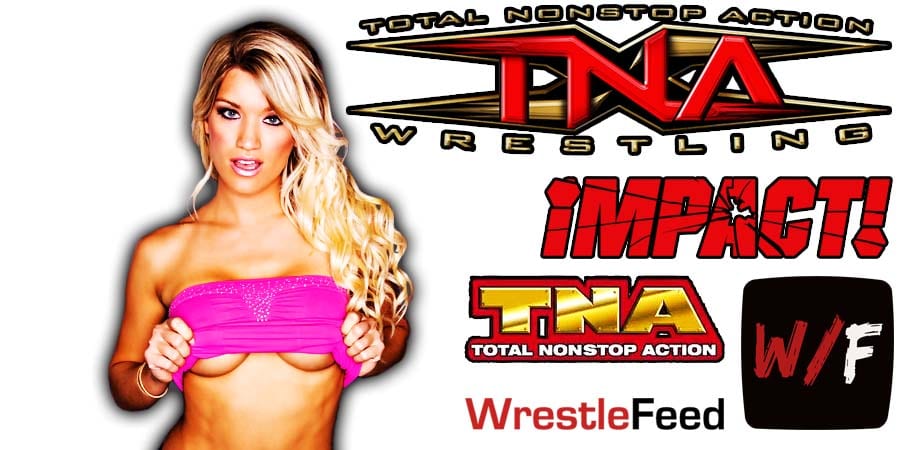 Lacey Von Erich, daughter of WCCW/WWF Legend ‘The Texas Tornado’ Kerry Von Erich, was recently interviewed by Wrestling Epicenter, where she talked about her 2007 WWE developmental deal, as well as her 2009-2010 run with Dixie Carter’s Total Nonstop Action!

Here’s what Lacey had to say on why she ended up leaving TNA:

“I only stopped because they were going to put the singles TNA Knockouts Title on me. They were going to make me the solo champion which meant I was going to have to head out on the road to the little podunk towns where there is only Applebees! And, I have a kid.

So, I didn’t want to and I was about to get married. So I was on my way to the airport to go to the show where I was going to become champion. And I texted Dixie Carter, who is still a friend of mine, and I was like, ‘I’m so sorry. I don’t think I want to do this anymore. I don’t want to go on the road.’

I was like one of the only ones who ever was like, ‘don’t make me champion! I just want to have fun. I don’t want to be the champion!‘”

Her father, former WWF Intercontinental Champion Kerry Von Erich, passed away on February 18, 1993 when Lacey was only 6 years old.

On this day in Pro Wrestling history on June 29, 2008, World Wrestling Entertainment aired “WWE Night of Champions 2008” LIVE on PPV from the American Airlines Center in Dallas, Texas.